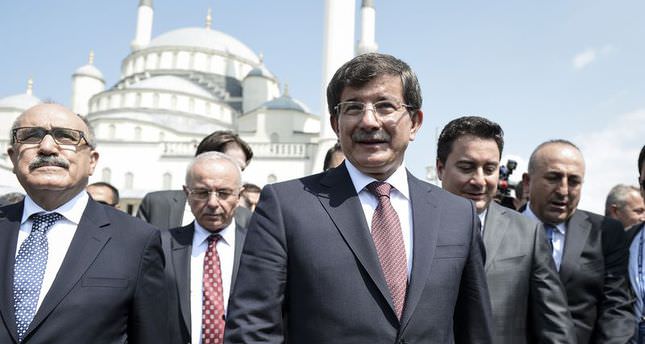 Kerry stressed that he worked closely with Davutoglu in his former duty as foreign minister and wished him success in his new position.

There are four new names on the list for ministries of EU relations, customs and trade, and two deputy prime minister posts.

Meanwhile, in the AK Party administration Besir Atalay, former deputy prime minister, was appointed on Friday as the new AK Party spokesman and deputy chairman of advertisement and media directorate.

Davutoglu, who has been serving as foreign minister since 2009, was elected chairman of the ruling Justice and Development Party at an extraordinary congress Wednesday.

Turkey's 12th president, Erdogan, was elected on August 10, garnering around 52 percent of the vote. He was sworn in Thursday.