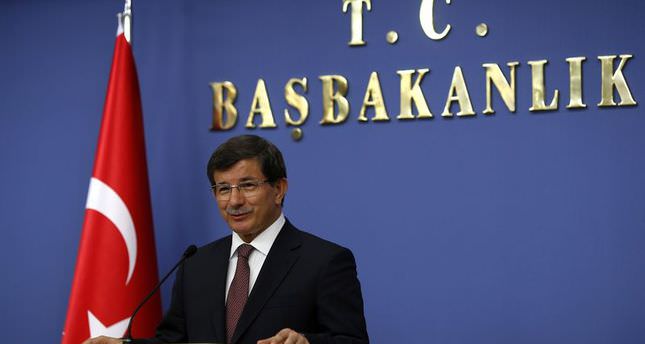 Most of the former ministers held their posts, while four new names made it to the list including Minister of EU Affairs, Minister of Customs and Trade and two deputy prime ministers. Davutoğlu's foreign ministry position was replaced by Mevlüt Çavuşoğlu while Numan Kurtulmuş and Yalçın Akdoğan became deputy prime ministers. Mevlüt Çavuşoğlu's post at the EU affairs was replaced by Volkan Bozkır and Nurettin Canikli became the new minister of customs and trade, replacing Hayati Yazici.

Shortly after the announcement of the cabinet, EU Minister Volkan Bozkır stated that Turkey's strategic goal is to obtain membership status in the European Union.

Below is a list of ministers in Turkey's 62nd government

Erdoğan left his chairmanship position at the AK Party following the August 10 presidential elections, when he was elected as president, gaining 52 percent of the vote.

Likewise Ahmet Davutoğlu who has served as a foreign minister for the past five years has succeeded Erdoğan as he was elected as the new chairman of AK Party at an extraordinary congress held in Ankara on Thursday attended by tens of thousands of people.

AK Party is expected to hold a meeting at 5 pm on Friday to choose members for the Central Executive Board (MYK).

Following the ratification of the new cabinet, the Program of the 62nd Government will be pronounced at the Turkish Grand National Assembly (TBMM) on September 1st. In accordance with internal regulations, discussions will take place at the General Assembly two days after the program is read and a vote of confidence is expected to take place on September 6 or 8.