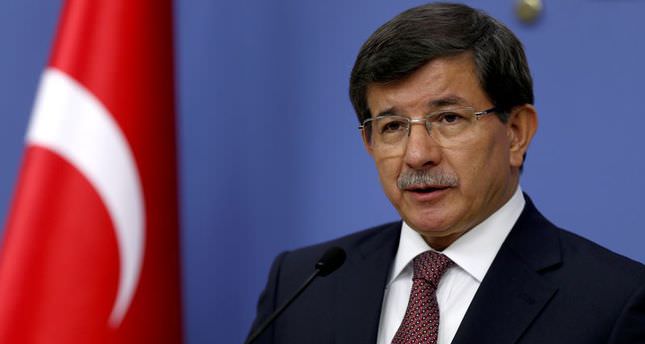 by Daily Sabah Aug 31, 2014 12:00 am
Prime Minister Ahmet Davutoğlu has recently announced the goals and vision of Turkey's 62nd government on his Twitter account.

"Our main goal is to build a better future for not only our country but the region as a whole" said Davutoğlu, pledging to continue to work in line with the vision of a New Turkey established by President Recep Tayyip Erdoğan. Davutoğlu also expressed his gratitude about being given the honor to serve the nation and the country while he stated that he will work continuously with the support of the nation.

Ahmet Davutoğlu has been chosen as the chairman of AK Party and the Prime Minister of Turkey following the Aug. 10 presidential elections when Recep Tayyip Erdoğan was popularly elected as the president of Turkey.