EU Commission's 2014 progress report on Turkey is on its way 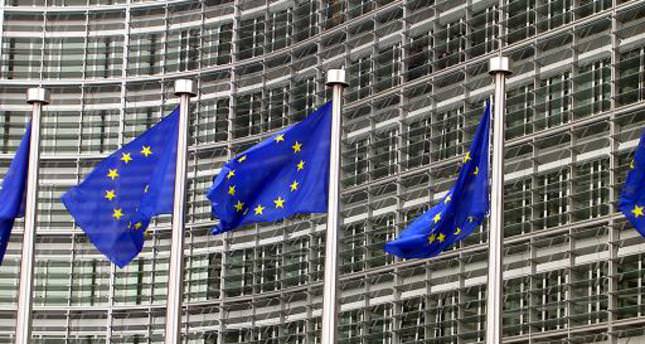 by Daily Sabah Sep 03, 2014 12:00 am
The European Commission's 2014 Progress Report on Turkey has become apparent even though it has not been officially released. According to ABHaber (Turkish EU-News media outlets) there are no surprises in the report that the EU Commission is expected to announce on Oct. 8. The progress report will cover social, economic and political events in Turkey and is anticipated to discuss Turkey's development in a balanced and objective manner. The report will not include any advice regarding the suspension of EU accession negotiations with Turkey but will include positive and encouraging messages.

The most prominent subjects pointed out in the report draft are Turkey's need for a new constitution and the EU's expectation from Turkey to continue its reformation process. In previous years Turkey criticized the EU commission for politicizing the reports, however, the objectivity of diplomatic circles in Brussels are of less concern in this year's report due to the commission members' four-year service coming to an end this year. Furthermore, European Commissioner for Enlargement and European Neighborhood Policy Štefan Füle will be leaving his post in October and a possible visit to Turkey is not on his agenda. Thus, EU watchers believe that Füle's contribution to the report will be minimal.

The content of the report will be focused mainly on Turkey's judicial system, institutional changes in public administration, the political reformation process and Turkey's overall standing in accession negotiations with the EU. It was emphasized in the draft of the report that according to ABHaber, "There is an on-going reformation process in the judicial system and in strengthening the rule of law in Turkey which is not yet completed."

Furthermore it was underlined that Turkey made crucial reforms in the judicial system in accordance with the law of harmonization code of the EU, and they desire to continue the reforms both in the judicial and political system.Moreover, in the report draft, the EU advised Turkey to include all social layers in the membership process and also urged Turkey to strengthen its relationship with non-governmental organizations for the protection of fundamental rights and liberties. An early draft of the report reminded Turkey that its decisiveness in reformation will be determining the nature of EU-Turkey relations, and that the EU wants to see Turkey not decelerate the reformation process.

Meanwhile, the EU's concern over the Turkish judicial system and the Supreme Board of Judges and Prosecutors structure is included in the report. It also mentions the controversial issue of the prohibition of social media sites, which is no longer prohibited and an outdated issue for Turkey.