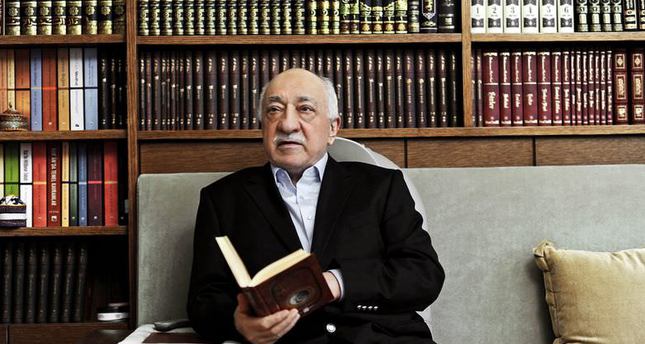 by Daily Sabah Sep 04, 2014 12:00 am
The Gülen Movement is under serious scrutiny by the media in Azerbaijan for attempting to infiltrate Azeri state institutions following a dispute when the government shut down schools operated by the movement in the country and was faced with a defamation campaign.

According to the Azeri daily Yeniçağ, the Gülen Movement has started a defamation campaign against the government of Azerbaijan and businessmen who refused to side with them following a dispute and put tremendous psychological, financial and social pressure on individuals through agents who were appointed to critical positions in state institutions, resembling their tactics in Turkey.

It is alleged that the movement has been operating in Azerbaijan for over 20 years and has used schools and educational institutions as a means to gain prominence and strength in the country. They encouraged their graduates to seek influential government positions while they were able to take hold of an oil company, which provided significant resources and funding for their operations. For instance, many Gülenist agents allegedly work for the office of the president, the customs committee, the cabinet and more. While the movement had close to no funding in the 1990s when they first started operating in Azerbaijan following the fall of the Soviet Union, but today they have amassed a significant fortune that enables them to challenge the Azeri government and businessmen who question their controversial power in the country, according to Yeniçağ.

Charter schools operated by the movement have served as a tool to instill Gülenist ideologies in students and pay allegiance to the movement, while encouraging students – possible future loyalists – to avoid paying allegiance to the state. For instance, private tutoring was available after school where students were subjected to anti-Azeri government propaganda.

The movement's media outlets in Azerbaijan have also conducted propaganda to discredit the government and blamed Recep Tayyip Erdoğan for school closures. These allegations have received a wide range criticism in the country as they claimed such allegations attempt to discredit and humiliate the government to send the message that it is a weak country unable to make its own decisions and is greatly influenced by other countries. Likewise, their agents have sent messages on social media and pretended that they stood strong while they tried to reassign teachers, whose job contracts expired when schools were closed, to affiliated companies.

On a different note, it was stated that the Aral Group, the largest construction firm in Azerbaijan has faced a defamation campaign following statements by its founder Ahmet Çetin when he expressed his support for President Erdoğan. Previously, the movement has had favorable relations with the group but has constantly attacked it in the Azeri Zaman newspaper and Hazar TV channel.

Numerous schools and prep schools were expropriated in Azerbaijan following allegations that the Gülen Movement is attempting to infiltrate state institutions. In this regard, a number of educational institutions including Çağ-Kafkas University in Baku were transferred to State Oil Company of Azerbaijan Republic (SOCAR).

Besides Azerbaijan, the movement has also been scrutinized by the governments of Russia, Germany and Uzbekistan. The Russian Federal Security Service (FSB) had previously conducted an operation and deported many Gülenists from Russia between 2002 and 2004 with the claim that the movement collects intelligence for foreign states. All activities of the movement were subsequently banned by Russia's Supreme Court in 2008. Similar investigations were carried out in Germany where reports claimed schools and organizations affiliated with the Gülen Movement were anti-democratic and posed a threat to the German constitution.

The Gülen Movement is a multinational movement led by the U.S.-based imam, Fethullah Gülen, who lives in self-imposed exile in rural Pennsylvania and is accused of wiretapping thousands of people including Turkish government officials and encrypting phones. It has over 140 private schools around the world including the U.S., Europe, Asia, and Africa. It has been accused of infiltrating state institutions to gain control of state mechanisms and illegal wiretapping, forgery of official documents and spying in.