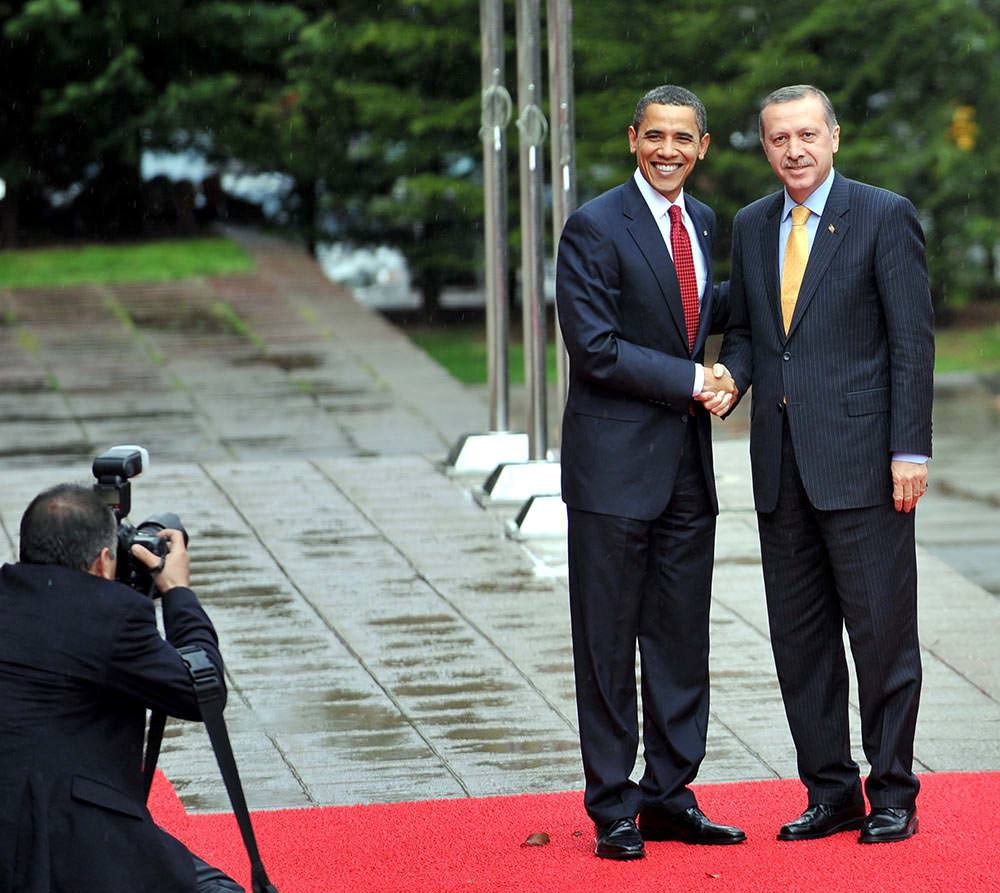 On his plane travelling to Wales for the summit, Erdoğan told reporters the "parallel state", the expression he uses to describe Gülen supporters within the state apparatus, would be among subjects he would discuss with Obama there.

The Gülen Movement led by the controversial U.S.-based imam Fethullah Gülen who lives in a self-imposed exile in rural Pennsylvania is accused of wiretapping thousands of people including Turkish government officials and encrypted phones.

As the investigation deepens, various reports on wiretapping activities are being undertaken by the Interior Ministry, prosecutors and telecom watchdogs. Erdoğan says Gülen's followers orchestrated a corruption probe against his inner circle, which emerged last December.

"Deport him or give him to us," the reporters quoted Erdoğan as saying about Gülen. "Let him come and live in his own country if he says he hasn't committed a crime."

"Phone calls of the prime minister and ministers of this country have been wiretapped into. Is there a need for further proof for their illegal activites?" said Erdoğan, claimed the reporters. "They will deny these activites, and are on the verge of destroying all evidence by extracting the electronic devices."

Besides the issue of extradition of Gülen, Erdoğan will discuss with Obama the recent developments in Iraq and Syria and the sustainability of the ceasefire between Palestinians in the Gaza strip and Israel.