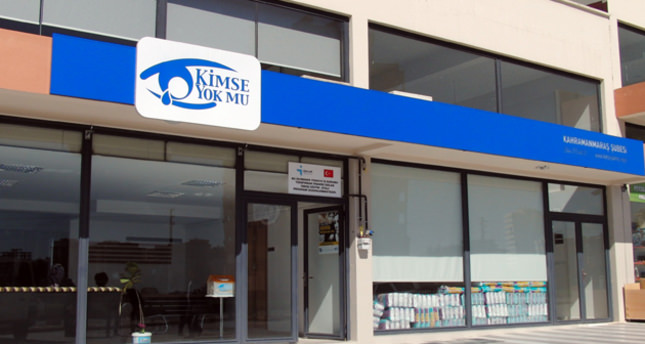 by Daily Sabah Sep 07, 2014 12:00 am
A report issued after an inspection by the Interior Ministry revealed certain infractions of the Gülen-affiliated charity foundation "Kimse Yok Mu." According to the report, a probe is expected to be launched into the foundation.

The report issued by the ministry's Presidency of Charity Foundations said that the foundation did not register charity donations in its bank account and took donations abroad without the knowledge of related government institutions.

The report said that the foundation organized a donation campaign for a needy citizen and collected TL 30,000, but did not give the donation to the citizen. An irregularity in the official statement made by the foundation regarding donations given to needy Somali people in 2011 was also indicated in the report. It was stated that even though the aid to Somali people was around 4,000 tons, the foundation officially confirmed that they delivered 6,700 tons of humanitarian aid to the Somali people. The Gülen Movement is a multinational movement led by U.S.-based imam, Fethullah Gülen, who lives in self-imposed exile in rural Pennsylvania, and is accused of wiretapping thousands of people including Turkish government officials and encrypting phones. The movement has over 140 private schools and charity organizations around the world, including the U.S., Europe, Asia and Africa.