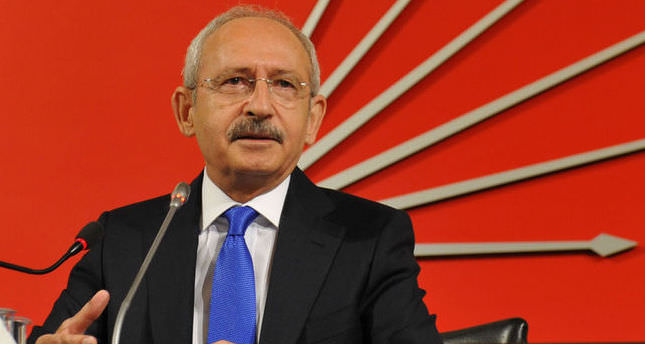 by Daily Sabah Sep 09, 2014 12:00 am
The leader of the Republican People's Party (CHP) Kemal Kılıçdaroğlu, who was re-elected as the party's chairman on the first day of an extraordinary congress on Friday, extended his appreciation to the President over the greeting message Erdoğan had sent him.

Kılıçdaroğlu last week won against his rival Muharrem İnce, who resigned from his deputy chairmanship post and announced his candidacy for party chair - the vote differences between the two rivals was lower than anticipated. Even though most CHP delegates signed for Kılıçdaroğlu's candidacy, Kılıçdaroğlu received 740 votes while İnce received 415, which was beyond expectations.