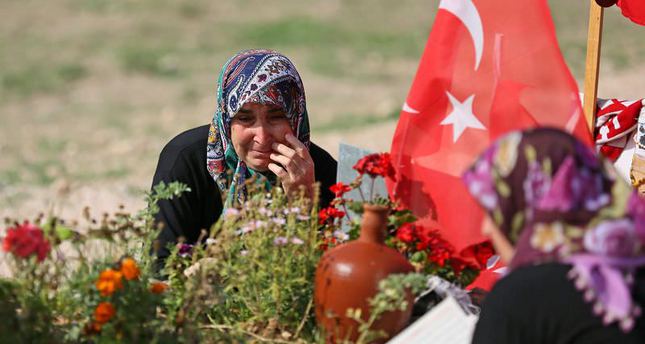 by Daily Sabah Sep 10, 2014 12:00 am
According to the newly passed bill, the insurance debts of miners who lost their lives in the coal mine disaster in Soma will be canceled. The families of the victims of Soma will receive a "death" salary regardless of their monthly income. One of the relatives of each Soma victim will be provided with the right to start working in state institutions.

The bill comes as a relief to miners. According to the bill, the seniority requirement will be removed and miners' working time is not to exceed 36 hours per week and six hours a day. The retirement age will also be reduced to 50 from 55.

Paid leave, annual leave, education and course duration, the period of preparation before and after work and national holidays will be counted as working time for laborers who are insured to work in areas such as mines, tunnels and drain construction sites and employers will have to assign a job security expert, a doctor and health staff.

The miners working in lignite (brown coal) and coal mines also are not be paid less than double the minimum wage.

The disaster in the town of Soma in Manisa province surpassed the death toll of a 1992 firedamp explosion in the mining town of Zonguldak on Turkey's Black Sea coast, in which 263 miners died.