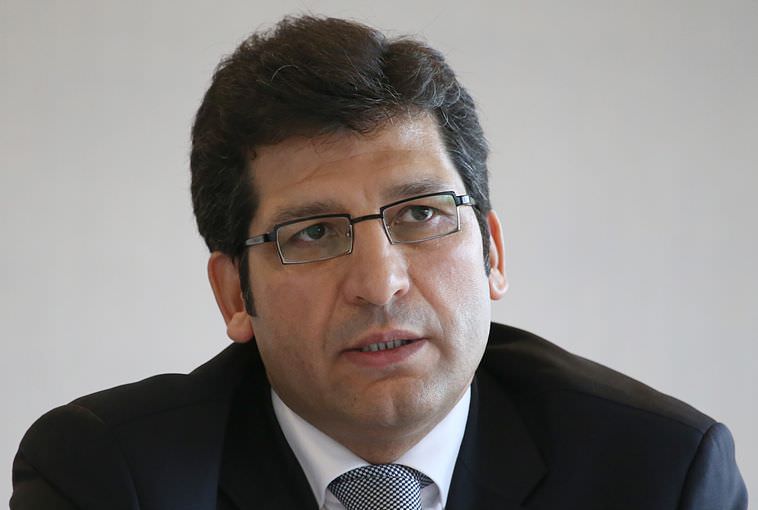 by Sena Alkan Sep 10, 2014 12:00 am
Ahead of the Supreme Board of Judges and Prosecutors (HSYK) elections to be held on Oct. 12, allegations that the Judges and Prosecutors Association (YARSAV) cooperated with the Gülen Movement, believed to have infiltrated key governmental bodies, caused a stir within the Turkish judiciary - the core function of the rule of law. All eyes have turned to one of the key elections in the judiciary following the Dec. 17 and Dec. 25 operations, which are believed to have been orchestrated by the Gülen Movement with the help of its members within the judiciary. The government describes the movement as a "national threat," while state institutions take steps to halt Gülenist infiltration.

The Gülen Movement, led by the controversial U.S.-based imam Fethullah Gülen who lives in self-imposed exile in rural Pennsylvania, is accused of wiretapping thousands of people including Turkish government officials and encrypting phones, with the help of affiliated members of law enforcement, public prosecutors and judges. Gülen's followers are believed to have orchestrated a corruption probe against Erdoğan and his inner circle, which emerged last December, in order to overthrow the government.

While announcing the HSYK candidates on July 20, Arslan asserted that transparency in candidacy was ensured, but if there is even one candidate connected with the Movement, YARSAV is ready to withdraw his/her candidacy. "We [YARSAV] are completely clear on this subject that we have no contact with the 'Cemaat' [a name attributed to the Gülen Movement in Turkey]," underscored Arslan, highlighting that the real victim of the movement are judicial figures and justice itself.

Arslan asserted that the movement carried out a manipulation campaign over YARSAV, the Unity in the Judiciary Platform (YBP) and Democratic Judiciary Association, and added that YARSAV is able to repel any manipulation.

Arslan further accused the YBP of cooperating with Turkish National Intelligence (MİT) to detect and discharge Gülenist infiltrators. According to YBP spokesperson Abbas Özden, the movement encircled YARSAV. Özden said, "Arslan told me himself that 450 out of 700 members are from the 'Parallel Structure' - state within the state. The 'Cemaat' was able to infiltrate the entire judiciary, but they do not want to continue because the current situation of the judiciary further serves their purposes."

Noting that the remaining 250 members of YARSAV are social democrats and do not have any relation to the movement, Özden asserted that the movement aims to infiltrate and take control of the entire judiciary in the country.

Özden underscored that the Gülenist infiltration allegations caused a rift within the judiciary, saying, "As a judicial member, I lost my confidence in the judiciary. We will try to earn people's trust again. As soon as there is an assignment, we [the judiciary members] [involuntarily] start to classify appointees [according to their ideologies]."

Speaking to Daily Sabah, retired Chief Public Prosecutor Reşat Petek said that after the 2010 referendum, the Gülen Movement gained the upper hand within the structure of the HSYK, and it aims to protect this majority in the upcoming HSYK election.

Petek said, "There are allegations that YARSAV's certain anti-government statements created a kind of cooperation between certain YARSAV members and the 'Cemaat' on an ongoing basis."

Reminding that the Gülenists use the method of 'taqiyya' - a form of religious dissimulation mainly emphasized in the Shiite sect - Petek said that the exact number of Gülenist infiltrators is unclear.

Petek further underscored that the upcoming HSYK election is crucial since judges and prosecutors feel deceived due to Gülenist infiltration and they do not want to be deceived again.