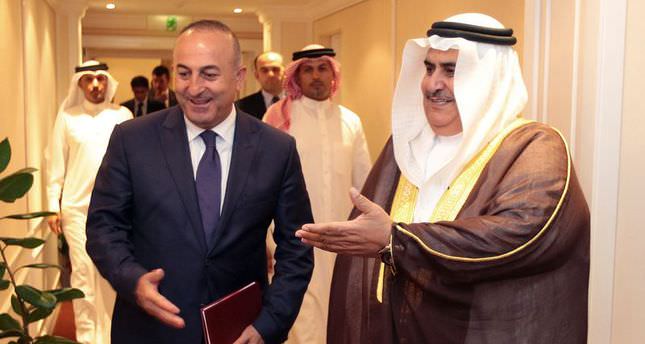 11. U.S. Secretary of State John Kerry also headed to the Middle East on Tuesday to Saudi Arabia and Jordan to meet with Middle-Eastern leaders to discuss the regional conflict against the Islamic State of Iraq and al-Sham (ISIS). His visit comes as U.S. President Barack Obama is set to announce his plan for an offensive against ISIS militants on Wednesday. Obama announced a "core coalition" plan to fight against ISIS at the NATO summit last week. The coalition comprises 10 countries including the U.S., the U.K., France, Germany, Canada, Australia, Turkey, Italy, Poland and Denmark.

Meanwhile, U.S. Defense Secretary Chuck Hagel visited Ankara on Sept. 8 to hold talks with Turkish officials about Turkey's contribution to the fight against ISIS in Iraq. Armed groups linked to ISIS militants have captured large amounts of territory in Iraq in recent months, forcing thousands of Iraqis including Turkmen, Arabs and Ezidis to flee. The U.S. has conducted a total of 133 airstrikes across Iraq on ISIS targets since President Barack Obama authorized the military to carry out an air campaign in early August. Saudi Arabia will host a regional conference in two days devoted to "terrorism in the region," which will be attended by U.S. and Turkish representatives, Saudi's official SPA news agency reported Tuesday.
On Thursday, the Gulf powerhouse will host representatives of the six-member Gulf Cooperation Council, Egypt, Jordan, the U.S. and Turkey, according to the news agency. The conference, which will be held in Saudi's western Jeddah province, will tackle ongoing counterterrorism efforts aimed at fighting "the extremist organizations that stand behind terrorism in the region," the news agency said.