Turkish parliament to resume on October 14 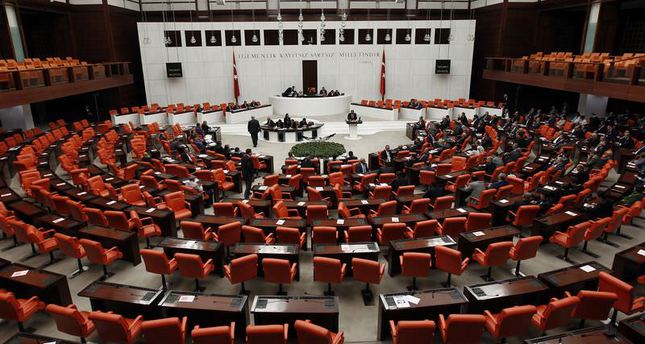 by AA Sep 11, 2014 12:00 am
Opening of the Turkish Parliament will be delayed for two weeks from October 1 to October 14, because of the Eid al-Adha (Muslim Feast of Sacrifice).

Turkish Parliament passed a 148-article 'bag of bills' on Tuesday morning. Among the bills are some that relate to working conditions of miners regarding compensation for families of the miners who died in the Soma mining accident. Turkish Parliament will be formally opened by Turkish President Recep Tayyip Erdoğan on October 1 and then recessed till October 14.

As well as the bag of bills the MPs formally passed the "preferential trade agreement" between Turkey and Iran which has been signed on January 29, 2014 in Tehran.

They also ratified the memorandum of understanding of Trans-Anatolian gas pipeline between Turkey and Azerbaijan on their last working day.