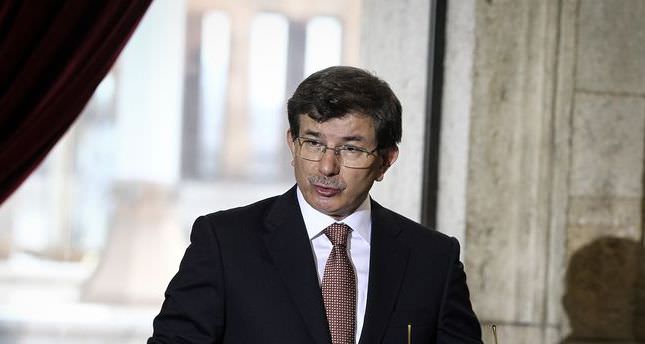 by Daily Sabah with Agencies Sep 12, 2014 12:00 am
Turkish Prime Minister Ahmet Davutoğlu said on Friday that U.S. action in Iraq, where ISIS militants have seized swathes of territory, was necessary but would not be enough on its own to bring about political stability.

Asked in a live interview with Turkey's Kanal 24 news channel if current U.S. moves were sufficient to solve the crisis, Davutoğlu said, "It is necessary, but it is not enough to establish order, I mean to achieve political stability."

Davutoğlu also said, "Any cooperation with Bashar al-Assad can cause ISIS to gain more supporters from other factions in the region and can lead the current conflict to grow. People in Middle East should not be forced to choose one bad out of two."

Recently, the U.S. and 10 other Arab states signed a joint communique to fight ISIS. Turkey announced that it will not engage in active military activities against ISIS, which has held 49 citizens hostage for the past three months, however decided to provide support to the growing anti-ISIS coalition, including intelligence, humanitarian and security assistance.