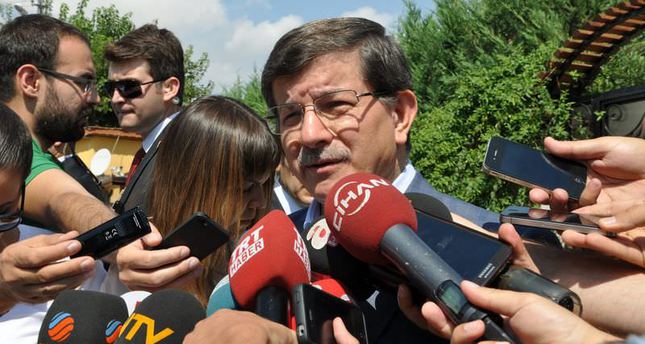 by Daily Sabah Sep 13, 2014 12:00 am
Prime Minister Ahmet Davutoğlu has recently evaluated US President Baracak Obama's combat strategy to deal with self-proclaimed Islamic State of Iraq and al-Sham militants while raising his concerns about a number of subjects pertaining to the matter.

"America's strategy is a necessary one, but it is not sufficient to establish an order and achieve political stability" said Davutoğlu, who noted that the issue cannot possibly be resolved without taking Syria into consideration. He stated that the only way to prevent further radicalization is to ensure that an inclusive political system is achieved. Furthermore, he noted that the success of Obama's plan is not only dependent on security parameters but also on its adaptability with political parameters while stating that it will not resolve issues if it fails to include marginalized masses.

The White House declared on Friday that the United States is at war with ISIS militants while Obama's strategy which was announced last week in a televised address expands US air strikes in Iraq and plans a different approach against the group in Syria.