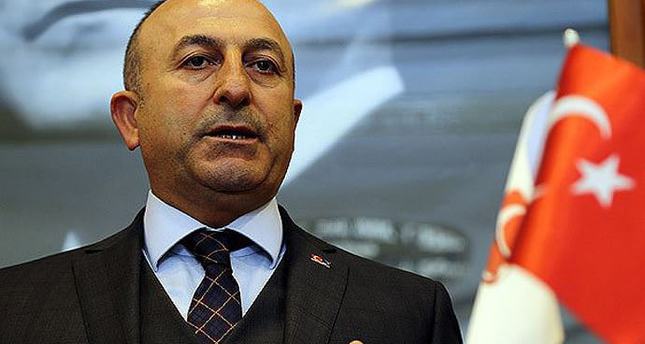 by Daily Sabah Sep 16, 2014 12:00 am
Leaders and diplomats from more than 30 countries that have signed on to form a coalition to help fight the Islamic State of Iraq and al-Sham [ISIS], which advanced in some territories of Iraq and Syria, gathered for a security summit in Paris on Monday. The summit concerned peace and security in Iraq regarding havoc brought by the extremist group.

After the conference, a statement was released summarizing the decisions made. Participants at the summit agreed to stand by the new Iraqi government by "any means necessary" in its fight against ISIS, including appropriate military aid and support for the new Iraqi prime minister, Haider al-Abadi. The statement also indicated that participants "reaffirmed their commitment to the relevant resolutions of the United Nations Security Council on the fight against terrorism and its sources of recruitment and financing, in particular Resolution 2170."

Countries that attended the meeting also promised to support the reconstruction process of Iraq. "The international partners declared that they were willing to assist Iraq in its reconstruction work, with the aim of achieving fair regional development, in particular by providing expertise, know-how and appropriate financial support," the statement read. The participants also initiated an inquiry led by the Office of the High Commissioner for Human Rights in order to ensure that the culprits are brought to justice in Iraq.

While speaking at the opening session, French President François Hollande said, "What is the threat?

It is global, so the response must be global." Iraqi President Fuad Masum also addressed the meeting and called upon countries throughout the world to "stand by the Iraqi people."

Besides Turkey, foreign ministers from many European states and the five permanent members of the U.N. Security Council (U.S., U.K., France, Russia and China), Qatar, Saudi Arabia, Kuwait and the UAE participated in the meeting to discuss political, security and humanitarian aspects of the struggle against ISIS.

Iran, however, which is associated with a heavy influence on its neighbor Iraq, did not attend the conference. A security summit was also held in Jeddah, Saudi Arabia with U.S.

Secretary of State John Kerry last week to discus the course of action that U.S. President Barack Obama declared. Ten Arab countries, including Saudi Arabia, have accepted to join the U.S. in the fight against ISIS in Syria and Iraq, according to a joint statement issued at the end of a meeting of their representatives.

Turkey did not sign the statement over concerns about the 49 Turkish citizens being held hostage by ISIS in Mosul. About Turkey's self-refraining from the communiqué, U.S. State Department Deputy spokesperson Marie Harf emphasized the need to maintain cooperation with Turkey in the fight against ISIS, and said, "They [Turkey] are an important counterterrorism partner. We'll continue to consult closely with them."

U.S. Secretary of State John Kerry paid a two-day visit to Ankara for a series of meetings following his Middle East tour as part of the U.S.'s efforts to gain support to fight against ISIS. Kerry, speaking to the press at the Turkish Foreign Ministry on Friday, said he and his team will have a very packed and detailed agenda, and they look forward to constructive conversations with President Recep Tayyip Erdoğan, Prime Minister Ahmet Davutoğlu and Foreign Minister Mevlüt Çavuşoğlu.
Last Update: Sep 16, 2014 1:25 am
RELATED TOPICS