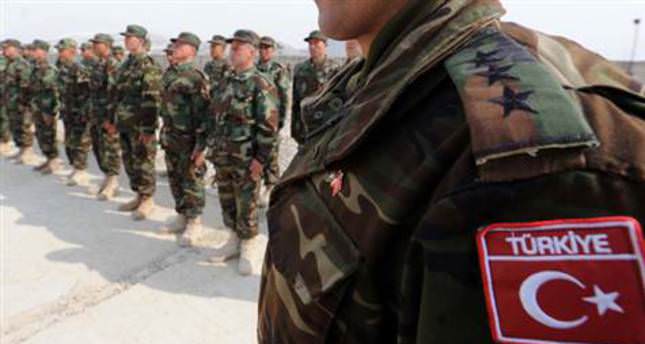 by Daily Sabah Sep 17, 2014 12:00 am
The Turkish government will evaluate the issue of paid military service after being debriefed comprehensively by the ministry of defense and the general staff, according to Turkish Prime Minister Ahmet Davutoğlu. The prime minister touched upon the issue of paid military service during his first visit abroad to Turkish Republic Northern Cyprus (KKTC). "Together, we will review the steps that need to be taken." The government of the AK Party is planning to introduce a law allowing Turkish male citizens above a certain age to avoid mandatory military service by reportedly paying TL 20,000 ($9,034).

The law will provide funding for the government, but also raises the debate about equality and national unity in the country. In August, Turkey's Defense Minister İsmet Yılmaz reportedly stated that paid military service is one of the priorities that the government is planning to introduce. According to a report by the Akşam daily in its Thursday edition, Yılmaz gave the news to some 800,000 people who had not served in the army due to various reasons ranging from family matters to education. Experts say that if the government introduces a bill that will demand TL 20,000 from each man, around half a million people would benefit from it, which means the government would receive around TL 10 billion from this move.