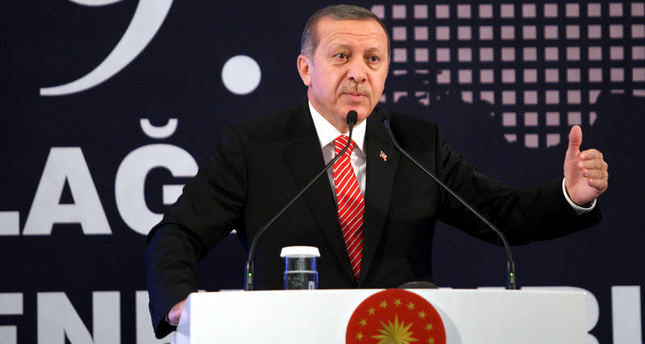 by Daily Sabah Sep 18, 2014 12:00 am
Turkish President Recep Tayyip Erdoğan urged citizens "not to be fooled by provocations aiming to sabotage and undermine" the reconciliation process yesterday during a speech in Ankara.

The comments came after various incidents of sabotage that threatened to undo the reconciliation process, with Erdoğan referring to recent provocations in southeastern Turkey, where the outlawed PKK terrorist organization took up arms against the Turkish state in the hope of carving out a separate state.

The president pledged to continue the process and added that Turkey has no other choice but to solve the situation. "We [Turkey] will not give credit to these acts of sabotage. We will never fall into the trap of provocations that aim to erode the reconciliation process," said Erdoğan, highlighting that the Turkish state will never make concessions on the reconciliation process. Emphasizing that the entire country has paid the price of terrorist activities along with Turkey's southeastern and eastern cities, Erdoğan pledged to solve the Kurdish issue as a unified country. Erdoğan further highlighted that Turkey has been alone in its fight against terrorist activities since the PKK first appeared in 1984.

"Turkey has been left alone in combatting terrorism for the last 30 years. Certain countries looked on as spectators [of those terrorist activities] while some of them supported the terror," noted the president. Ankara and the Kurds are currently involved in a reconciliation process that was started after an initiative by the Justice and Development Party (AK Party).
Last Update: Sep 18, 2014 4:42 pm
RELATED TOPICS