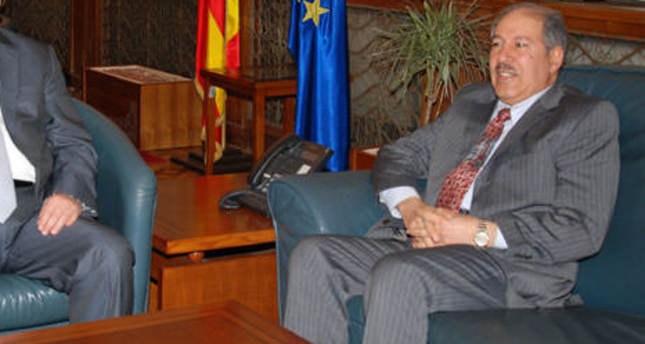 by Daily Sabah Sep 19, 2014 12:00 am
The Kuwaiti Ambassador to Ankara, Abdullah Abdulaziz al-Duwaikh, was summoned by the Turkish Foreign Ministry yesterday to provide an explanation regarding the attack against the Turkish Air Force, Lt. Col. Hakan Karakuş. According to diplomatic sources, foreign ministry officials demanded an explanation over the issue. On Sept. 12, Foreign Minister Mevlüt Çavuşoğlu said that the attack has been under investigation by the police and the related legal authorities, and the necessary steps are being taken in this regard.

A Turkish Air Force pilot was beaten by four Kuwaiti embassy staff last week while they had a quarrel over a driving misdemeanor. Eyewitnesses claimed four men stepped out of the Kuwaiti embassy car in which Emad al-Mohaid, an embassy attaché, was traveling and started beating a member of the Turkish Air Force, Lt. Col. Hakan Karakuş. The tension gained a new dimension after Kuwaiti Ambassador's statement. Speaking to Hurriyet Daily News on Sept. 15, the Kuwaiti ambassador said that deportation of the diplomat prior to a court ruling would negatively affect his country's investments in Turkey. Duwaikh's statement to the Turkish press was not welcomed by the Ministry of Foreign Affairs. According to a senior level official from the ministry, who spoke to Daily Sabah on the condition of anonymity, Duwaikh's statement to the Turkish press was "unfortunate and it is nonsense to take this debate to the press."
Last Update: Sep 19, 2014 9:17 am
RELATED TOPICS