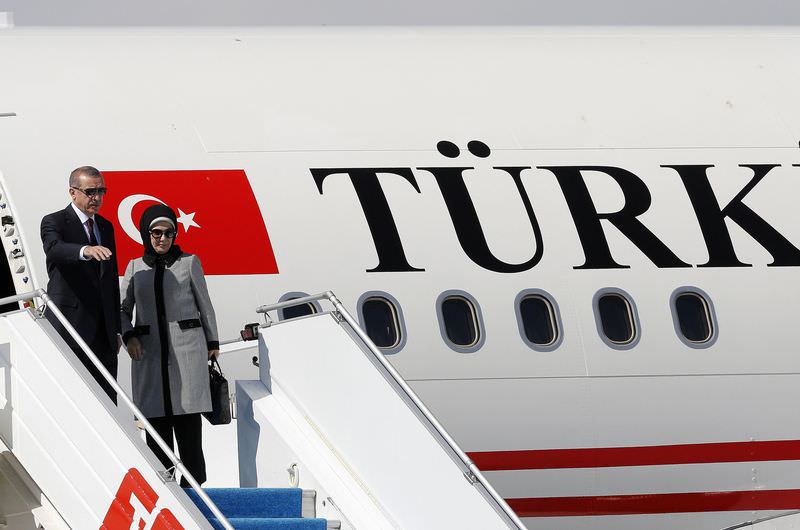 by Daily Sabah Sep 21, 2014 12:00 am
President Recep Tayyip Erdoğan is expected to meet with Jewish and Armenian leaders in New York as a part of his trip to the 69th session of the United Nations General Assembly for Climate Summit, which is due to take place between September 22 and October 1.

On the second day of his trip to New York, President Erdoğan will meet with a committee from the World Jewish Congress led by Ronald Steven Lauder. Erdoğan has previously vowed to protect the rights of the Jewish community in Turkey and has asserted that the government will never let the Jewish people in Turkey get hurt.

Known for his conciliatory approach to the Armenian citizens in Turkey while he was the prime minister, Erdoğan will accept Archbishop Khajag Barsamian the primate of Diocese of Armenian Church of America (Eastern) and the president of the Fund for Armenian Relief during his New York trip. Erdoğan was previously praised by the Armenian community in Turkey for officially offering condolences for the events of 1915, an unprecedented move in the history of modern Turkey.

The AK Party is in the process of returning the properties of Armenian foundations in Turkey, a move warmly welcomed by the Armenian community in Turkey.

The World Jewish Congress was established as an international organization of Jewish communities and is recognized as the diplomatic arm of the Jewish people. The Armenian Church on the other hand is considered to be one of the most ancient Christian communities.

President Erdoğan is also set to meet with other world leaders during the UN Climate Summit in New York.