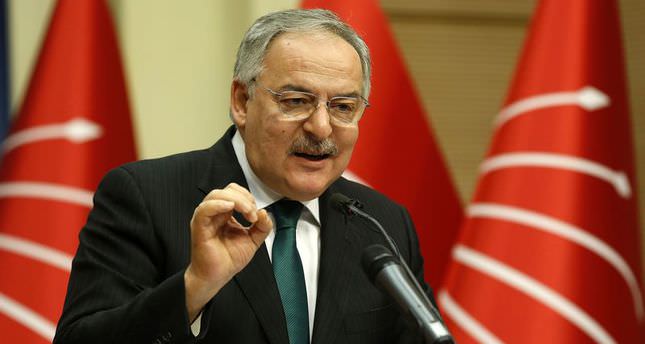 by AA Sep 22, 2014 12:00 am
Turkey's main opposition has called on the government to declare the self-proclaimed Islamic State of Iraq and al-Sham (ISIS) a terrorist organization.

Speaking at a press conference in the party headquarters on Monday, lawmaker and spokesman for the Republican People's Party (CHP), Haluk Koç, said: "The ruling AK Party should declare ISIS a terror organization, otherwise the loss of reputation arising from Turkey's deterrence to do so will never be recovered."

His comments came after the rescue on Saturday of 49 hostages -46 Turkish nationals including diplomats, consular officials and their families and three Iraqis- kidnapped from the Mosul consulate on June 11, a day after ISIS took control of Iraq's second-largest city.

The Turkish nationals arrived on Turkish soil hours after their rescue.

He said: "It is the foremost duty of the Islamic world to struggle against this violent terror organization."

"As CHP, we are ready to give all kinds of political support, both internally and externally, to the government against ISIS."

ISIS, which already controls parts of Syria, has extended its reach into Iraq since June 10.

Violence conducted by the ISIS has claimed more than 1,400 lives in Iraq and caused 1.2 million Iraqis, including Turkmen, Arabs, Christians and Ezidis to flee their homes.