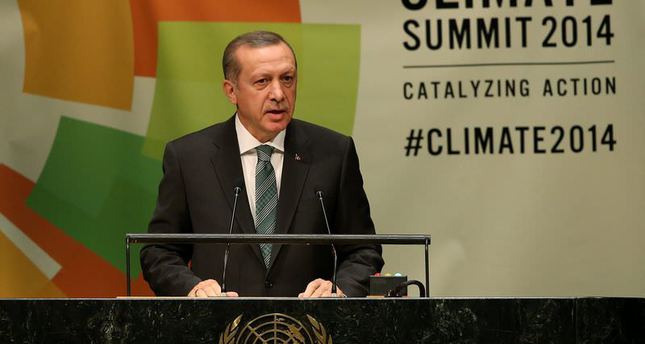 by Daily Sabah Sep 23, 2014 12:00 am
Turkish President Recep Tayyip Erdoğan said on Tuesday that Turkey supports the latest airstrikes carried by the U.S. on positions of ISIS in Syria and should continue without any break.
Erdoğan also said that Turkey will provide necessary support to the U.S. on the anti-ISIS operation and it will show both political and military support.
The U.S. and its Arab allies bombed Syria for the first time on Tuesday, killing scores of ISIS militants around the eastern cities of Raqqa, Deir al-Zor, Hasakah and Albu Kamal.
U.S. forces had acted alone to launch eight strikes in another area of Syria against the "Khorasan Group," an al-Qaeda unit U.S. officials have described in recent days as posing a threat similar to that from ISIS.
Turkey however, said previously that it will not take part in the military action but will provide support to the coalition including intelligence, humanitarian and security assistance.
Last Update: Sep 24, 2014 9:30 am
RELATED TOPICS