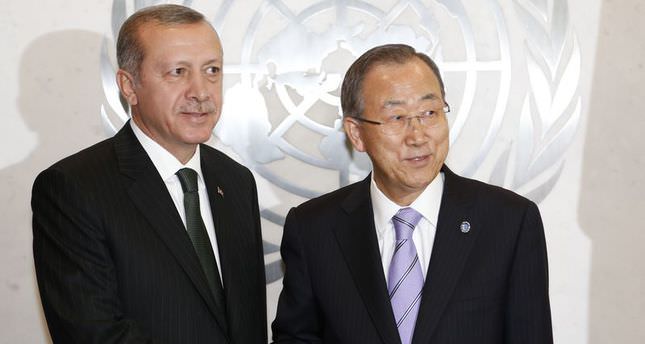 by Daily Sabah Sep 23, 2014 12:00 am
President Recep Tayyip Erdoğan's meeting with a committee from the World Jewish Congress led by Ronald Steven Lauder as part of his trip to New York for the UN General Assembly Climate Summit has been cancelled according to sources.

The meeting, amongst president Erdoğan's numerous meetings with religious communities in the US was cancelled due to the fact that the WJC requested to change the time last minute but the president's busy agenda did not allow them to arrange an alternative time to meet. "The World Jewish Congress has requested to change the timing of the meeting in the morning today, which resulted in its cancellation. In the Presidency's program, Erdoğan was expected to meet with a committee from the WJC at 10:45 am at the Peninsula Hotel in New York" read an official statement from the press information office.

Also on the president's agenda is a meeting with American Muslim community leaders and Archbishop Khajag Barsamian the primate of Diocese of Armenian Church of America (Eastern) and the president of the Fund for Armenian Relief.