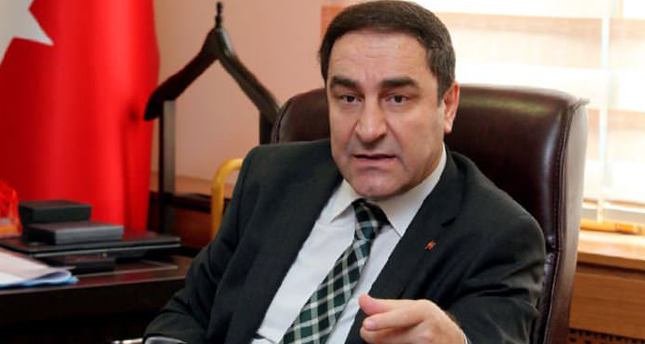 by Ali Ünal Sep 23, 2014 12:00 am
Last week, the use of a photo picturing both President Erdoğan and Prime Minister Davutoğlu in news regarding people joining ISIS in the NY Times caused a stir, and the newspaper removed the photograph after publishing a correction. While some politicians and journalists said that this was due to efforts at perception management against Turkey, some others disagreed. The Daily Sabah spoke to Professor Zakir Avşar, who is the dean of a long-established communication faculty, regarding objectivity in the press, media ethics, and freedom of the press.

Daily Sabah: Was the item in the NY Times an effort at perception management against Turkey?

Zakir Avşar: When we say news, we should think of its relation to truth; however, another aspect is that of the speculative text because you embed your personal perspective and emotions in the news. Speculation occurs more frequently in foreign news; you are not an insider, and you perceive it differently. On the other hand, it is possible to have some interests along with your perspective. There are some things that are untruthful, but reflect your own truth and interests. The aforementioned NY Times news item is an example of this.

It is only natural to criticize politicians; however, we have seen a photo that associates a mosque with ISIS terror added to the news. It is disrespectful firstly to the mosque and religious values to present a photo that includes President Erdoğan and Prime Minister Davutoğlu coming out of Friday prayer, thus associating it with a terrorist organization. Correlating a mosque with radical terrorists is an Islamophobic attitude, and it is a hate crime.

This shows that they see all Muslims and the terrorist organization ISIS as the same. Making news that correlates a house of prayer with a terrorist organization is never in accord with journalist ethics, nor with universal values. Why do they feel the need to use archival footage of a mosque, which the president and prime minister attend, and include this in the news. Implying that the Turkish government is backing radicalism does not comply with journalism ethics.

As an academician, I don't see this news as an innocent mistake. No reputable communication professional regards this news as right and ethical.

There are hundreds of news items spreading disinformation about Turkey published every day, and except for a few, there are no requests for correction. The reason behind this reaction is due to its Islamophobic attitude.

DS: The NY Times published a correction, stating that they used this photograph mistakenly. Do you think that a 163-yearold newspaper did this mistakenly?

ZA: Unfortunately, this statement does not cover the damage it has done. It does not seem possible that this was a mistake because it would be naive to think that a newspaper that has an outstanding editorial board could make such a mistake. If you are saying that you have done this mistakenly, how can you still support the content of the news and the author of it? The reporter is human after all; he/she can make mistakes. Also, there is no evidence regarding the claims, it is only speculation.

Slander is used for specific aims regarding foreign affairs. As a citizen, I see this as an effort to discredit Turkey and to make Turkey take a step back.

News should rely on the truth, but it also has a speculative element in it. This speculative part is related to publication policies; your reporter has a perspective, and you are content with it; you may miss the crucial parts. However, it is not acceptable to alter the truth and allow speculation to get ahead of the truth.

DS: We see that such news items have been increasing in number recently. What do you think is the reason?

The reason is that Turkey does not stand idly by with regard to developments in the region. If Turkey had not accepted refugees, the humanitarian plight in the region would be much worse. Turkey accepted refugees and is working sincerely for stability in the region. The forces that do not want this are irritated by Turkey's involvement. If the region is to be restructured, Turkey, which has historical and cultural bonds with the region, is not wanted in this effort. Turkey's existence would not allow a harmful orientalist approach in the region.

DS: Are you stating that most of the news on Turkey are made for the sake of obstructing Turkey's foreign policy?

ZA: Diplomacy is conducted with many instruments. In my opinion, these news items are used as a diplomatic instrument. Information is always used as a means of diplomacy. In this example, it is a matter of disinformation and manipulation. They are seeking a scapegoat for their own downfall, which is Turkey.

DS: Are you saying that absolute objectivity is not possible? What about publishing policies?

ZA: Absolute objectivity is a utopia; it is not possible because the human will I involved. However, publishing policies are to protect us. Occupational ethics and systematics prevent unjust treatment on many occasions. The aforementioned news is not in accord with universal publishing policies.

Who is Professor Zakir Avşar?

Avşar, who has a graduate and a master's degree in communications and public administration, became an associate professor of communications in 1997 and a professor in 2004. He has served as a member and vice president of the Radio and Television Supreme Council between the years 2000-2005. He has published articles and books both in Turkey and abroad. He is currently the dean of the communications faculty at Gazi University.
Last Update: Sep 23, 2014 11:55 am
RELATED TOPICS