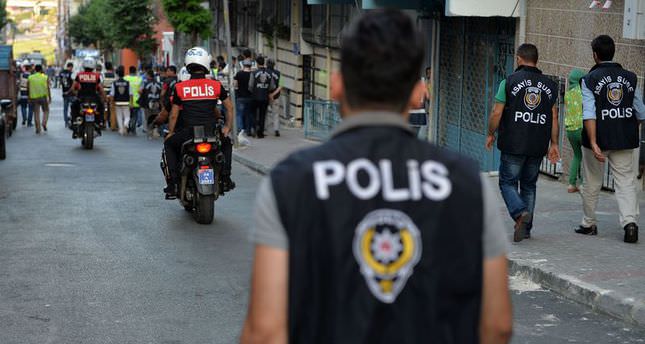 The prime minister was briefed on Tuesday on his ministers' efforts to combat drug use. Making a statement after the briefing, Davutoğlu said they undertook a comprehensive strategic action plan to combat drug use and sales.

Davutoğlu said they would launch a neighborhood-based campaign for counter-narcotics efforts and would "clean the streets from drug gangs."
"They will be removed from our neighborhoods, they will not get closer to schools. They will be treated how we treat the terrorists when they try to attack," he said.

The prime minister said they would establish "narco-teams" that will be deployed in the neighborhoods and at schools for counter-narcotics efforts, referring to Turkish police teams tracking drug peddlers. He said they would also resort to psychology experts to curb drug abuse as well as "concerned mothers" who would notify and help authorities in cases of drug use among youths. Amid other plans are rehabilitation of drug users throughout halfway houses.

Davutoğlu pledged that the government will be as determined in counter-narcotics efforts as it would be against any acts of terror. "This is as important as combatting terrorism," he said. The prime minister also urged parents to be as determined as them in helping their children against drug problems.

The government has announced a new plan to curb the drug addiction threat in the country that would include a more effective ban and a nationwide awareness campaign. The Rapid Action Plan Against Drugs will be coordinated by several ministries to take steps against the drug abuse, especially among high school youth. The plan aims to detect troubled youth with an inclination to drug abuse earlier and provide them with treatment.

A new bill that passed in parliament recently had extended prison terms for drug peddlers, particularly convicts caught peddling drugs outside or near schools and those selling drugs to people under the age of 18.