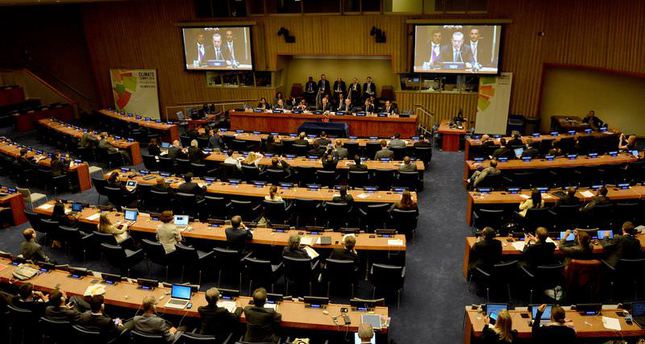 by AA Sep 24, 2014 12:00 am
A Turkish presidential press advisor denies Egyptian media reports that the Turkish president and Egyptian leader to meet in New York on the sidelines of the U.N. General Assembly meeting.

"The reports regarding the meeting of Erdoğan and Al-Sisi are absolutely not true. We had not any request or demand from the Egyptian delegations in New York to have a meeting," he said. "We don't have any kind of plan in that respect."