US and Turkey ingeminate working closely together 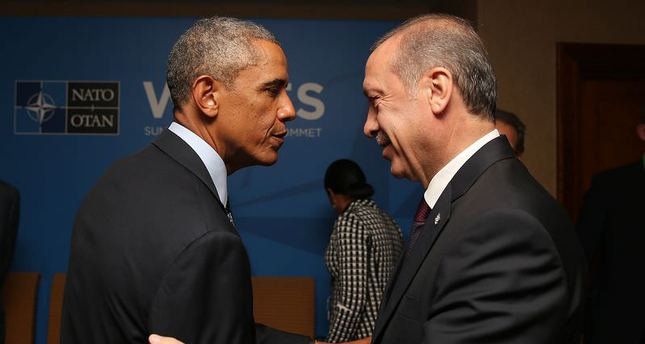 by Ragıp Soylu Sep 24, 2014 12:00 am
Turkish President Tayyip Erdogan and US President Barack Obama interacted briefly on Tuesday night at the annual reception for visiting Heads of State at the UN General Assembly hosted by President Obama and his wife Michelle Obama in New York.

White House National Security Council Spokesperson Caitlin Hayden said that, both leaders reiterated their commitment to the U.S.-Turkey relationship and agreed to continue to work closely together to address regional and global challenges, including the threat posed by ISIS.

Erdoğan is also set to give a speech at the United Nations Security Council meeting on Wednesday. The meeting, charied by President Obama, will focus on 'foreign fighters' iss