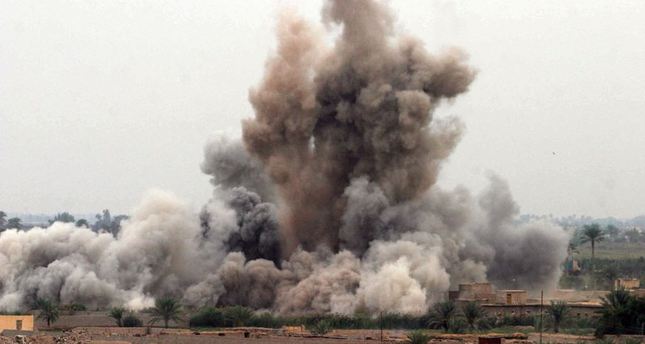 by Daily Sabah with Agencies Sep 26, 2014 12:00 am
As Turkish foreign experts stress that Turkey's involvement in the armed coalition against the Islamic State of Iraq and al-Sham (ISIS) may put the country under the risk of possible attacks by ISIS insurgents, the U.S. yesterday warned its citizens in Turkey to be extra vigilant over the risk of attacks by militants after it launched airstrikes against ISIS fighters in neighboring Syria.

Experts have continuously emphasized that among all countries taking part in the anti-ISIS coalition, Turkey is the only one living with the reality of the ISIS threat in terms of its geographical position and foreign policy in the Middle East.

Turkey shares a 900-kilometer-long border with Syria and has been skeptical to take a frontline role in the anti-ISIS military action due to possible terrorist attacks. The U.S. Embassy in Ankara said Turkey's eastern and southeastern regions, parts of which border Syria and Iraq, were particularly vulnerable, although it had no information on any specific threats.

"Following the commencement of military action against ISIL [ISIS] targets in Syria, U.S. citizens are reminded that there have been violent attacks in Turkey in the past," the embassy said in a statement issued late on Wednesday.

"The possibility of terrorist attacks against U.S. citizens and interests, from both transnational and indigenous groups, remains high."

U.S. and allied planes struck ISIS positions in Syria on Tuesday and Wednesday but the strikes did not halt the fighters' advance in a Kurdish area close to the Turkish border.