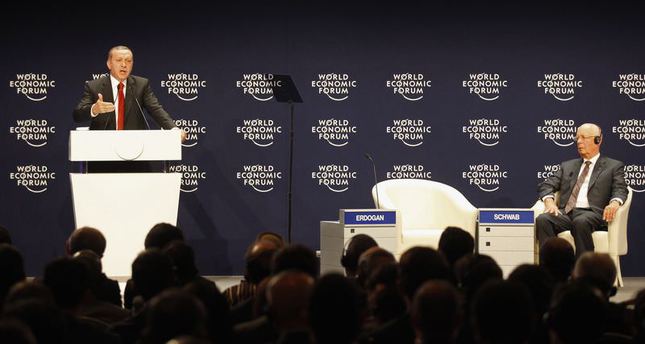 As parliamentarians prepare for the Oct. 2 debate on the mandate to send troops into Syria and Iraq, Turkey pushes to establish a safe zone in Syria along the border to contain the ISIS threat

The Turkish Parliament will discuss a motion on Thursday to extend a mandate authorizing the sending of troops into Syria and Iraq for a year if needed. Government officials also signaled that the new motion will be broader than the previous one as it will include the creation of a safe zone along Turkey's border with Syria and Iraq. As Turkish President Recep Tayyip Erdoğan announced last Tuesday at the U.N. General Assembly that Ankara supports the U.S.-led coalition against the Islamic State of Iraq and al-Sham (ISIS) both militarily and politically, he pushed for a safe zone for refugees to ensure a secure area within and beyond Turkish borders. He also clarified that he was against direct engagement between Turkish troops and ISIS.

Turkish Prime Minister Ahmet Davutoğlu told the press on Sunday that his government will expand the scope of mandates, which will be sent to Parliament on Monday. "After sending the mandates, we'll hold a broader meeting with the president," he added.

The Turkish army could be used to help set up a secure zone in Syria if there was an international agreement to establish such a haven for refugees fleeing ISIS militants. The logic that assumes Turkey would not take a position militarily is wrong," Erdoğan said.

Erdoğan said that negotiations are underway to determine how and by which countries the airstrikes and a potential ground operation would be undertaken, and that Turkey is ready to take part.

"You can't finish off such a terrorist organisation only with air strikes. Ground forces are complementary [...] You have to look at it as a whole. Obviously I'm not a soldier, but the air [operations] are logistical. If there's no ground force, it would not be permanent," he said.

Erdoğan said that Turkey would defend its border if necessary, and added that the necessary steps would be taken once a Parliamentary mandate is passed next week that enables Turkish troops to conduct operations outside its borders.

"No one is responsible for protecting your borders. Will other people come and protect? We are the ones who will protect our own borders," he said.

A hectic week lays ahead for the Turkish Parliament to discuss resolutions in Syria and Iraq. A security summit will be held under the chairmanship of Erdoğan on Monday. During the summit, the extent of the fight with ISIS and the content of mandates, which will likely be handled in Parliament on Oct. 2, will be discussed.

Also on Monday, the Justice and Development Party's (AK Party) Group Deputy Chairman Mahir Ünal will meet with other parties' deputy chairmen to discuss the extent of a proposed mandate in Syria and Iraq.

In a statement he made on Friday, Ünal said, "We will clarify the points by consulting [other deputy chairmen]. Parliament is opens on Oct. 1 and resolutions will be discussed in Parliament the next day after being negotiated in the Cabinet."

Although both resolutions prepared last year will expire soon, they will be extended for one more year by mostly focusing on a buffer-zone as the primary expectation. In case of the establishment of such a zone, the Turkish government plans to continue hosting fleeing Syrians. The buffer-zone is intended to protect those who fled the Syrian regime or ISIS and will be under Turkish military supervision.

It is anticipated that the number of fleeing Syrians will surpass 1.5 million after the latest air raids on ISIS in Syria and Iraq. Other matters are being brought to the forefront in the resolutions such as chaos, national security and sensitivity of Syrian and Iraqi refugees' safety.

The terrorist PKK, who had a thirty-year-long fight with Turkey, is already recognized in the current resolution of Iraq and therefore, will not be included in the Syrian resolution.