US congressman calls for no-fly zone over Syria 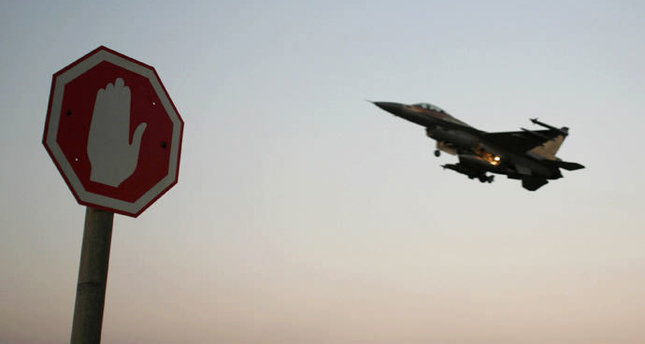 by Daily Sabah Sep 29, 2014 12:00 am
U.S. Republican Congressman Adam Kinzinger released a statement from Turkey's Antakya province, bordering Syria, after meeting with members of the Free Syrian Army (FSA) and civilians impacted by the ongoing war in Syria.

"After meeting with both moderate military forces and innocent civilians, I am convinced that we need to institute a no-fly zone over Syria," said Kinzinger. "From indiscriminate barrel bombings to targeted attacks by regime aircraft in civilian neighborhoods, the atrocities perpetuated by Bashar al-Assad's forces demand a response by the international community for humanitarian reasons alone."

Kinzinger said that with the U.S. and its allies taking the fight to the Islamic State of Iraq and al-Sham (ISIS), Syrian President Bashar al-Assad now could focus his resources solely on defeating the FSA, inevitably committing further atrocities and possibly eliminating the only moderate force in the region. "Simply put, a no-fly zone would level the playing field for the Free Syrian Army against both ISIS and Assad. I call on the United States and our allies to immediately begin formulating a plan to restrict the Assad regime's air capabilities with the hope that we can prevent further humanitarian crises and give the FSA an edge in this fight."

Kinzinger is in Turkey as part of his duties with the House Foreign Affairs Committee and has met personally with moderate Syrian rebel groups, which the administration plans to arm as part of a broader strategy to destroy ISIS. Additionally, Kinzinger will gather the latest on-the-ground intelligence regarding the effectiveness of the U.S. air campaign against ISIS.

In one particular meeting on Thursday, Sept. 25, Kinzinger facilitated negotiations between multiple groups that have been battling both Assad and ISIS.

According to CNN, which was present at the meeting, Kinzinger said that "moderate Muslim rebel groups fighting under the Supreme Military Council of Syria agreed to form an alliance with the predominantly Christian Syriac Military Council. It marks the first meeting between Syrian rebels and members of Congress since [U.S. Presidend Barrack] Obama announced the new policy. The agreement calls for the groups to work together to assure any free Syria will be inclusive of all ethnic, religious and political parties."