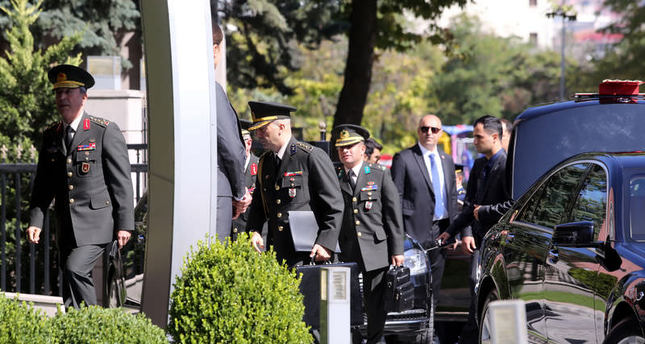 by AA Sep 30, 2014 12:00 am
The Turkish Council of Ministers met with Turkey's military chiefs on Tuesday in the face of the upcoming motion over the deployment of Turkish troops to Syria and Iraq.

According to Mustafa Elitaş, the deputy group chairman of the Justice and Development Party, the government is expected to submit a motion to parliament on Tuesday over the deployment of troops to Syria and Iraq, and it is likely to be discussed in the parliament on October 2.