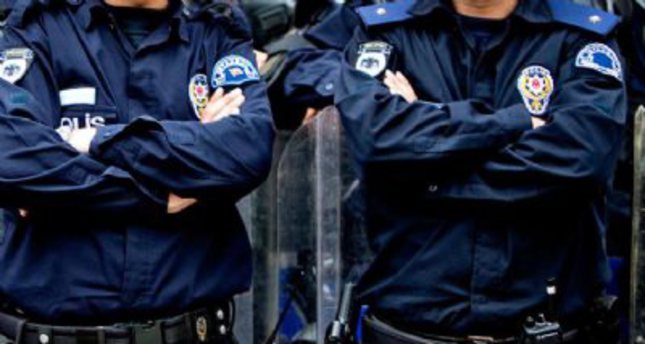 by Daily Sabah Oct 02, 2014 12:00 am
Seven police officers, who allegedly have ties to the Gülen Movement, were arrested by the Antalya prosecutor's office as part of an unlawful wiretapping investigation on Wednesday.

Fourteen officers were detained earlier this week, while seven of the officers were released and the other seven officers were transferred to court with the demand to take them under custody. The Gülen Movement is a transnational movement led by the U.S.-based imam Fethullah Gülen who lives in self-imposed exile in rural Pennsylvania and is accused of wiretapping thousands of people including Turkish government officials and encrypting phones. It has over 140 private schools around the world including the U.S., Europe, Asia and Africa. It has been accused of infiltrating state institutions in Turkey and plotting to overthrow the government.

A recent report prepared by Interior Ministry inspectors shows that dozens of police officers with alleged links to the Gülen Movement had illegally wiretapped thousands of people in a "systematic and organized" manner for espionage purposes. According to the inspectors' report, some officers were involved in irregularities like tracking people's conversations, wiretapping, recording conversations and tracing the location of phone calls through GPS signals. Turkish President Tayyip Recep Erdoğan recently requested the extradition of Gülen both privately and publicly from the Obama administration, and accused Gülen of plotting a judicial coup against the government before the local elections last March.