Turkey to defend the tomb of Suleyman shah at all costs: President Erdoğan 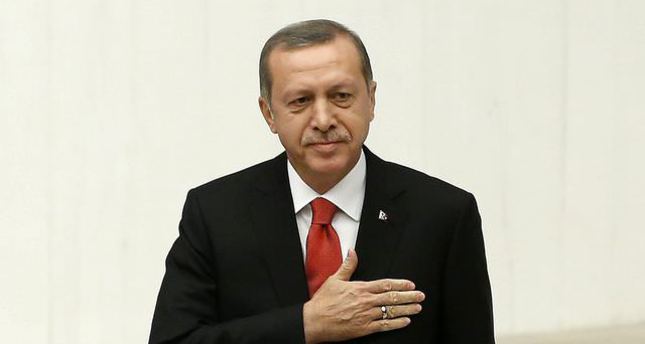 by AA Oct 03, 2014 12:00 am
Turkey will use all its potential to defend its territories, President Recep Tayyip Erdogan said addressing the Turkish troops protecting the tomb of Suleyman Shah in Syria's Aleppo, the only Turkish exclave.

Erdogan, in an official message welcoming Eid al-Adha, also called the Feast of the Sacrifice, referred to the Turkish soldiers defending the tomb, "Without any hesitation, Turkey will use all its potential to defend every inch of its territories."

"I want to assure you once again that you're not alone, the whole Turkish nation and their prayers are with you all the time. And you should also know that the Turkish army will come to your service without a moment's hesitation if needed," he also said.

Earlier, Erdogan denied claims that the Turkish soldiers guarding the tomb of Suleyman Shah in Syria had been surrounded by the Islamic State of Iraq and Levant militants.

Suleyman Shah was the grandfather of Osman I, the founder of the Ottoman Empire, and his tomb is a Turkish exclave 30 kilometers south of the border.

In March, 60 Special Forces soldiers were deployed to protect the tomb on the Euphrates River when ISIL fighters took control of nearby villages.
Last Update: Oct 03, 2014 10:15 pm
RELATED TOPICS