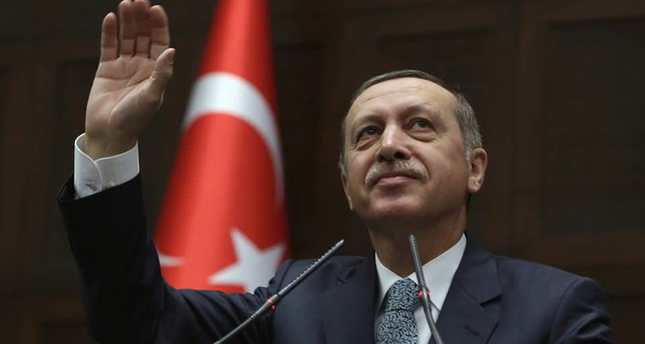 by Daily Sabah Oct 04, 2014 12:00 am
On Friday, Turkish political leaders issued their customary Eid-al-Adha greetings. In his eid message, Turkish President Recep Tayyip Erdoğan addressed the guards of the Tomb of Suleiman Shah, a sovereign exclave of Turkey near Aleppo and the burial place of the grandfather of the founder of the Ottoman Empire, Osman I.

Erdoğan emphasized Turkey's wishes for peace, tranquility, prosperity and safety in the entire region and reiterated that the Turkish state will never stop defending its soil.

Sharing the pain of those who are oppressed in the region, Erdoğan said, "Turkey very much wants to see that all children can enjoy the festive atmosphere," and asked that Turkish people pray for the poor and suffering.

Erdoğan further stressed that the Feast of Sacrifice is a time of sharing, solidarity, generosity and making the poor happier.

Turkish Prime Minister Ahmet Davutoğlu, in his eid message, pointed out that Turkey, with its democracy, culture, strong economy and national unity, is a source of hope for the region.

Davutoğlu said that the region is going through a troubled period, especially considering that the developments in Turkey's southern border are becoming more distressful by the day. The prime minister further vowed to extend helping hands to all those oppressed around the world and in the region in particular.