US' Biden apologizes to President Erdoğan over ISIS claims 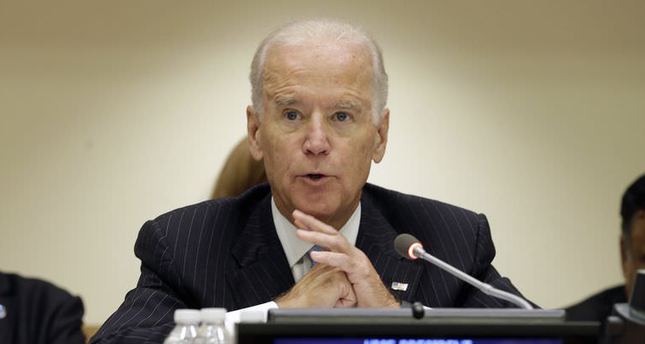 by Daily Sabah Oct 04, 2014 12:00 am
The White House confirmed on Saturday that US Vice President Joe Biden spoke with Turkish President Recep Tayyip Erdoğan to apologize over his recent ISIS comments made at Harvard University.

"The vice president apologized for any implication that Turkey or other allies and partners in the region had intentionally supplied or facilitated the growth of ISIS or other violent extremists in Syria," the White House said.

The Vice President made clear that the United States greatly values the commitments and sacrifices made by its allies and partners from around the world to combat the scourge of ISIS, including Turkey. The two leaders reaffirmed the importance of Turkey and the United States working closely together to confront ISIS.

The Turkish President Recep Tayyip Erdoğan said on Saturday that the U.S. Vice President Joe Biden has to apologize if he stated during his speech at Harvard University that Turkey is one of the countries which provided ISIS with arms and funds.

Speaking to the reporters at the Blue Mosque in Istanbul, following the morning prayer for Eid al-Adha "It is out of the question that we have helped any terrorist organizations." Erdoğan said.