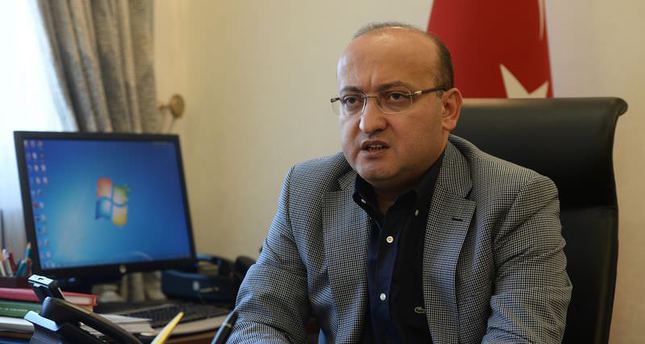 by Daily Sabah Oct 07, 2014 12:00 am
Deputy Prime Minister Yalçın Akdoğan on Tuesday has called on the United States to intensify its aerial attacks against the militants of the self pro-calimed Islamic state of Iraq and al-sham (ISIS) currently in northern Syria.


Deputy PM Akdoğan said that allegations Turkey did nothing about the issue of Kobani is absolutely false. He also stated that Turkey is and has been trying to everything in its power to help when it comes to the topic of humanity. "It's great unfairness to claim that Turkey is doing nothing," he said.
Akdoğan also made statements that it will not allow Kobani to fall into terrorist hands saying, "Turkey will not be content with the fall of Kobani into the hands of terrorist organizations, any attempts of violence and harm threatening the peace of our people will not be taken lightly."
.
Last Update: Oct 07, 2014 8:07 pm
RELATED TOPICS