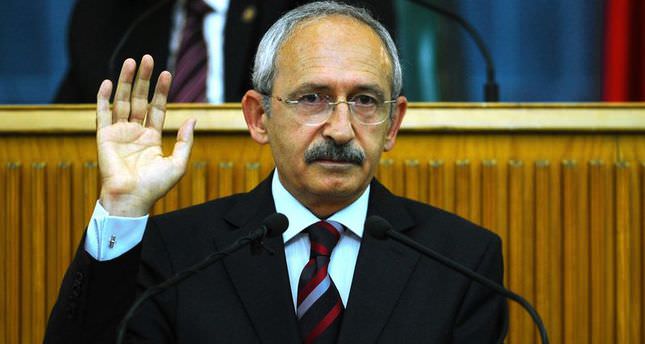 Turkey's main opposition leader, Kemal Kılıçdaroğlu, called for calm following provocations that have been rocking the cities around the country.

The protests, which started Monday evening, were in support of the presence of the outlawed Kurdistan Workers' Party, or PKK, in the Syrian town of Kobani.

Sixteen people have died and more than 36 have been injured in these demonstrations.

PKK-aligned forces have been fighting the ISIS militants in the majority Kurdish Syrian town of Kobani just across the Turkish border.

Calling on the government to review its foreign policy, Kılıçdaroğlu said, "Turkey is a big country, we can overcome our problems."

The violence erupted after more than a week of tension caused by ISIS militants' siege of the northern Syrian city of Kobani.

Kurdish fighters, grouped into 'People's Protection Units,' have been holding back ISIS forces which have surrounded the city.

Turkish officials said that Turkey is against supporting armed PKK-offshoots in Kobani with military and financial aid, even if they are fighting against ISIS.