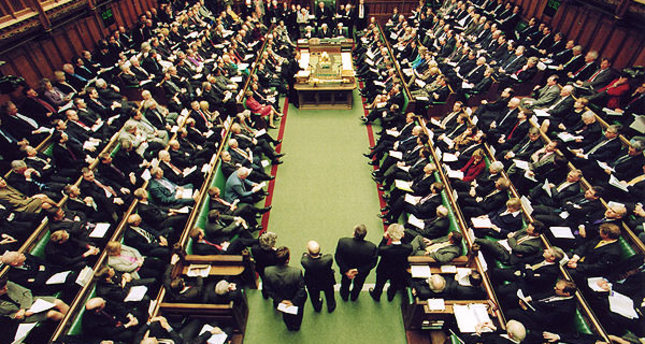 by Oct 09, 2014 12:00 am
British lawmakers will on Monday take part in a non-binding vote on recognising the Palestinian state that is being closely watched in the region for signs of shifting attitudes.

The vote will be on a motion that is being put forward by Grahame Morris, an MP from the Labour opposition party.

"If the vote is a success it would put a tremendous amount of pressure on the current government and the next government, which is likely to be a Labour government, to recognise Palestine as a state," Morris said in an email.

"The UK recognising Palestine could give decisive momentum to more EU states following suit," he said.

"Recognition now would be a clear and legitimate message that Britain and others recognise Palestinian rights and that the illegal settlement enterprise has no validity".

The Labour MP's team said he would have the support of his party as well as some lawmakers from the ruling Conservatives.

An AFP count shows 112 countries have recognised the state of Palestine.

Britain abstained in 2012 from a vote in the United Nations on giving the Palestinians the rank of observer state, which was granted despite opposition from the United States and Israel.