President Erdoğan says peace process will not be derailed by sabotage 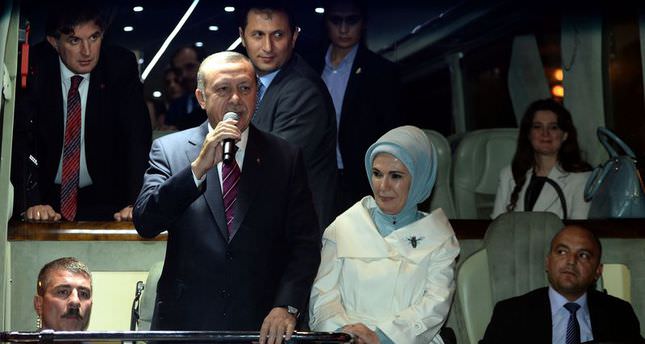 by Daily Sabah with Agencies Oct 09, 2014 12:00 am
Turkish President Recep Tayyip Erdogan vowed Thursday that the Turkey's peace process would not be derailed by "sabotage".

"It's very obvious that the recent protests were aimed at sabotaging the peaceful environment in the east and southeast as well as the on-going peace process and our brotherhood," Erdoğan said in his first comments about the unrest.

Meanwhile, at least 26 people were killed in the pro-Kurdish protests that broke out after the Islamic State of Iraq and al-Sham (ISIS) militants penetrated the Syrian Kurdish town of Kobani, also known as Ayn al-Arab, on Monday.

Protesters in several cities in the southeast of the country with large Kurdish populations clashed overnight Wednesday and into Thursday for the third night running with police.

The latest death came in the southeastern province of Mardin when one protester was killed and half a dozen wounded in the clashes between protestors Thursday.