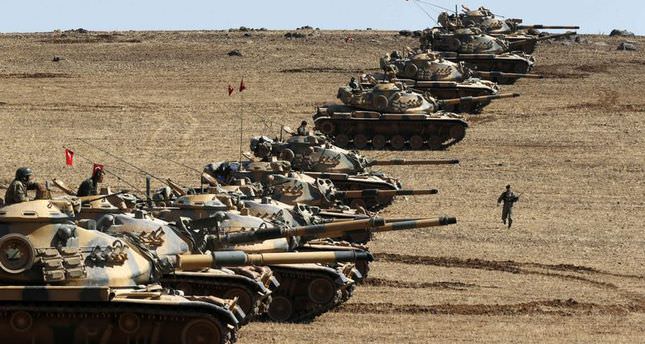 by Oct 10, 2014 12:00 am
Turkey has agreed to support the training and equipping of the moderate opposition in Syria, the U.S. State Department said on Friday, saying a U.S. military team would visit Ankara next week to discuss the matter.

"Turkey has agreed to support train-and-equip efforts for the moderate Syrian opposition," spokeswoman Marie Harf told reporters in describing a visit to Turkey by the two senior U.S. officials responsible for building a coalition to fight the ISIS militant group in Syria and Iraq.

"There will be a (U.S. Defense Department) planning team traveling to Ankara next week to continue planning that through military channels," she added.