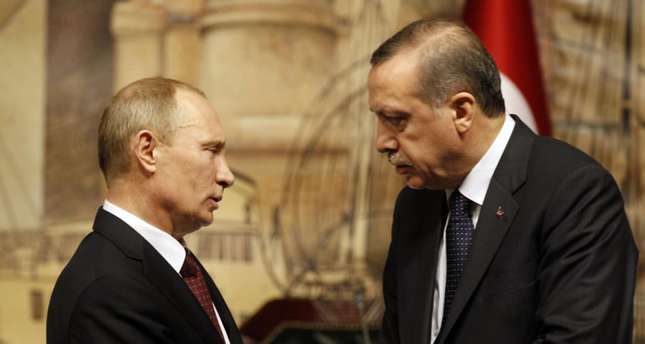 by Daily Sabah Oct 11, 2014 12:00 am
Turkey's President Recep Tayyip Erdoğan and Russia's President Vladimir Putin have discussed the recent crisis in the region over a phone call on Saturday.

According to the Kremlin sources, during the phone call, two leaders have discussed ISIS' advance in the region and both leaders agreed on the threat that the terrorist group imposes to the entire region.

President Erdoğan expressed his condolences to President Putin regarding the terrorist attack on October 5 in Grozny, Chechnya, noting Turkey's struggle against terrorist organizations as PKK or ISIS.

Erdoğan reminded Putin the problems currently suffered by Crimean Tatars, while a meeting on High Level Cooperation Council, one of the most important bilateral mechanisms, was agreed for the end of 2014.