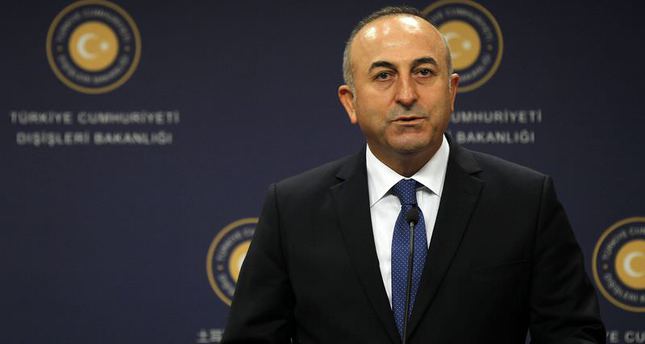 Turkey's foreign minister said on Sunday that a corridor allowing weapons and volunteer fighters from Turkey to reach Kobani, the Syrian border town under attack from ISIS fighters, was unrealistic.

Speaking to France 24, Mevlüt Cavuşoğlu said a more comprehensive approach was needed to defeat ISIS, which now control large parts of Iraq and Syria and have been targeted by air strikes from a U.S.-led coalition.

Kurdish leaders have been calling for Turkey to establish a corridor to Kobani to allow aid and military supplies to reach the town which lies within sight of Turkish territory.

On Friday, Staffan de Mistura, the United Nations' envoy to Syria, appealed to Ankara to let "volunteers" cross the border to Kobani and reinforce Kurdish militias there.

But Turkey has so far refused to take part in the military coalition against ISIS.

The Kurdish YPG militia, which is fighting in Kobani, is allied to the Kurdistan Workers' Party (PKK), which fought the Turkish state for Kurdish autonomy for over 30 years and which Turkey and its Western allies designate a terrorist group.

"Turkey cannot actually give weapons and the civilians and ask to go back to fight with terrorist groups," Cavuşoğlu said in the interview, posted on Saturday on the France 24 website.

"This (corridor) is not realistic. Who is going to supply the weapons today? First of all sending civilians to the war is a crime," he added.

Cavuşoğlu said air strikes had failed to impede ISIS that a wider strategy across the region was needed, including a resolution of the civil war in Syria.

"Killing the mosquitoes one by one is not the right strategy. We have to eradicate the root causes of this situation... obviously it is the Assad regime in Syria," he said.

Earlier this month, Turkey's parliament approved a mandate allowing ground troops to be sent to Iraq and Syria and to allow foreign soldiers to use Turkey as a base for the same purpose.

"If there is any agreed joint strategy, Turkey would seriously consider the execution of this strategy with allies and friendly countries," Cavuşoğlu said when asked whether Turkey would send troops.

Turkey's stance on Kobani has endangered its fragile peace process with the PKK, which was launched in March 2012. A senior Kurdish militant has threatened Turkey with a new Kurdish revolt if it sticks with its current policy of non-intervention.

Cavuşoğlu told France 24 the PKK still needed to lay down its arms but that the government remained committed to the peace process.

"We can never give up this process. We want to make achievements on this and we are sincerely spending a lot of efforts," he said.