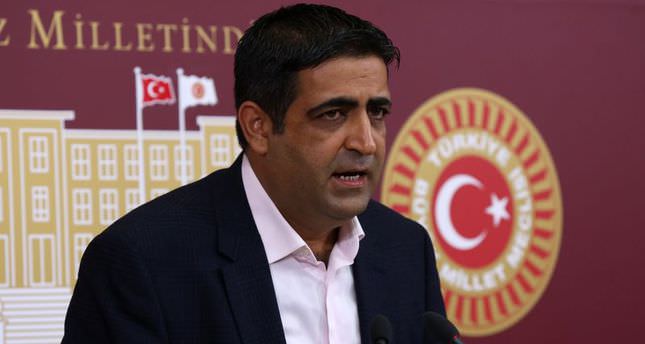 by Daily Sabah Oct 14, 2014 12:00 am
People's Democratic Party's (HDP) Group Deputy Chairman İdris Baluken in a recent press statement expressed that the government has shared a 'draft road map' pertaining to the reconciliation process and noted that ceasing the process is out of question as talks between the government and the HDP continue in a determined manner.

"As the political representative of the issue, we will continue to keep our end of the bargain and do whatever we can as long as the will of the reconciliation process persists and all sides make the effort to achieve a permanent resolution" said Baluken, expressing that HDP would not make any decisions to hamstring the reconciliation process. He furthermore explained that HDP and the government are currently in the process of dialogue and continue to discuss the matter. On a different note, Baluken stated that they did not see comprehensive details of the road map including issues like legal reforms, democratization initiatives, and other aspects pertaining to establishing a permanent resolution.

Baluken also expressed that imprisoned PKK leader Abdullah Öcalan who is currently serving a life sentence in İmralı Prison has emphasized the need to bring Kobani protests –which took place between pro and anti-PKK Kurds last week, killing 34 people- under control to avoid damaging the reconciliation process. He expressed that the protests were plotted to halt the process.

The Turkish government has recently established the "Reconciliation Process Committee" in efforts to draw a roadmap for the steps and precautions that will be taken by the government and for the development of effective strategies and policies to put a permanent end to terrorism in the country. As part of the reconciliation process, Turkey's National Intelligence Organization (MİT) has paid visits to PKK leader Abdullah Öcalan to discuss ways to resolve the matter.

The AK Party government has initiated the reconciliation process to bring a permanent solution to the country's 30-year old conflict between the outlawed PKK –recognized as a terrorist organization by Turkey, European Union and the United States- and the Turkish Armed Forces and has put an end to violence through a series of democratic reforms and economic investments to boost stability in the region.