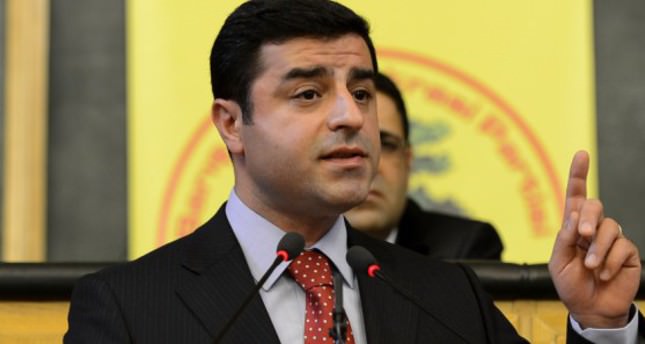 Demirtaş asserted that the HDP demanded help from the Turkish government the night Kobani was about to fall, as was alleged by some media outlets, but its demands were ignored. "Then we asked support from our people […] we took the street with our people," said Demirtaş, in a move to justify the protests that morphed into violent clashes claiming dozens of people's lives.

Demirtaş added that the HDP did not demand the government to send the Turkish army to fight against the Islamic State of Iraq and al-Sham (ISIS), but only asked to open the border in order to let pro-PKK fighters pass to defend the Kurdish town of Kobani in Syria – also known as Ayn al-Arab.

The HDP leader also rejected Nationalist Movement Party (MHP) leader Devlet Bahçeli's comparison of the PKK to ISIS during his speech at the group meeting. Calling for dialogue and reconciliation, Demirtaş urged that the parties bring the mistakes made in the past to the table for the sake of peace.