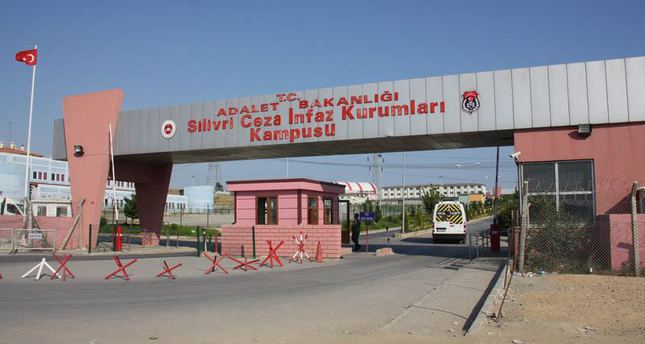 by Daily Sabah Oct 19, 2014 12:00 am
Police officers accused of wiretapping prominent people were moved to Silivri Prison in Istanbul. The officers, who are linked to the controversial Gülen Movement, will be housed in cells that were formerly occupied by former Chief of General Staff İlker Başbuğ and parliamentary deputy Mustafa Balbay, against whom they are accused of manipulating evidence. The investigation is led by the Istanbul Prosecutor's Office of Organized Crimes Bureau.

The Gülen Movement, led by U.S.-based Fethullah Gülen, is accused of instigating last December's anti-government campaign. Gülen, who is against the reconciliation process, initiated the campaign to topple the elected government of the country. Judges, prosecutors and police officers affiliated with the movement had previously initiated cases against journalists, academics and military officers, accusing them of trying to topple the government. The cells, which were emptied after the accused were released, will now be filled with police officers imprisoned pending their trial on illegal wiretapping, spying and trying to topple the government. Currently, there are 51 officers incarcerated for crimes ranging from violating privacy to coup plotting.