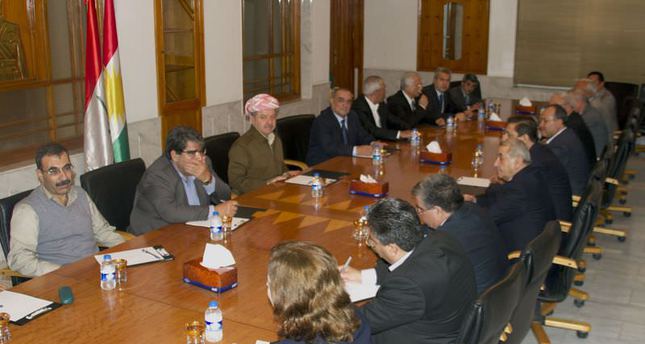 by Daily Sabah Oct 20, 2014 12:00 am
Following Ankara's statement that Turkey is assisting Iraqi Kurdish peshmerga to enter Kobani to fight against the Islamic State of Iraq and al-Sham (ISIS), a senior official from the Democratic Union Party (PYD), Enver Müslim, in remarks to BBC Turkish, said that peshmerga forces' entrance into the northern Syrian town of Kobani is not a primary need at this time.

"What we need more than the peshmerga is arms. If peshmerga forces intend to enter Kobani, they may contact the YPG [People's Protection Units]. If there is a need for support, the YPG will call them to come or ask them for arms assistance," Müslim said.

He suggested that peshmerga forces fight in their own territory and deliver arms to the YPG. "[The YPG has] enough young people to fight," Müslim added.

He said that the U.S. was the party that delivered ammunition and medical supplies to the Kurdish forces and that a controversy was sparked due to the resupplying.

The Patriotic Union of Kurdistan (PUK) asserted that the union itself delivered the arms to Kobani and pushed the Iraqi Kurdistan Regional Government (KRG) to acknowledge the cantons in northern Syria.

The KRG dismissed the PUK's claims.