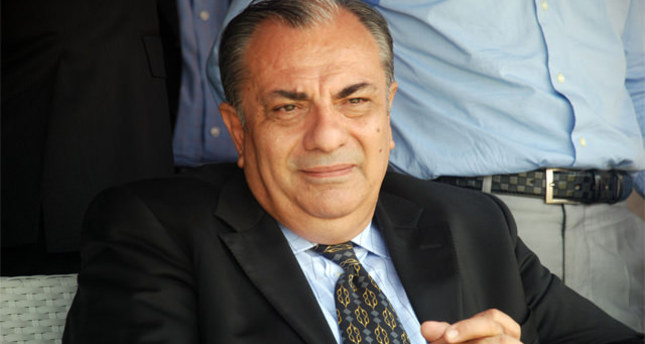 by Daily Sabah Oct 21, 2014 12:00 am
The Deputy Chairman of the opposition Nationalist Movement Party (MHP) Tuğrul Türkeş confessed that members of the Gülen Movement – led by U.S.-based imam Fethullah Gülen – attempted to infiltrate his party.

Implying that the Gülen Movement is responsible for a sex tape scandal, which caused the resignations of 10 top party executives, including the party's deputy chairmen in 2011, Türkeş said Gülenist attempts to infiltrate the party was stopped by the party administration.

"They tried but we ended it. I don't know whether it is done by core authorities or local authorities but we saw some Gülenist people rallying for settling in our party's provincial organizations and we intervened. It is different to have sympathy towards the MHP's views and working there but if you dare to say 'I shall do that share of this job,' you would harm my right to be a democratic political party," Türkeş said.

After the release of the tapes in 2011, 10 top executives of the MHP resigned from their posts from the party and withdrew their candidacy for the post of deputy in the upcoming general elections. Regarding the incident, MHP Chairman Devlet Bahçeli accused the Gülen Movement, saying those "beyond the [Atlantic] ocean" have a role in the emergence of the video scandals. Elsewhere, Prime Minister Recep Tayyip Erdoğan slammed the incident and said some figures were now trying to shape the MHP with "ugly" plots after the longtime head of the main opposition Republican People's Party (CHP) had to resign after a sex tape of him was released on a video sharing website in 2010.

The Gülen Movement is a transnational movement accused of wiretapping thousands of people including Turkish government officials and encrypted phones and infiltrating state institutions with the aim to overthrow the government.