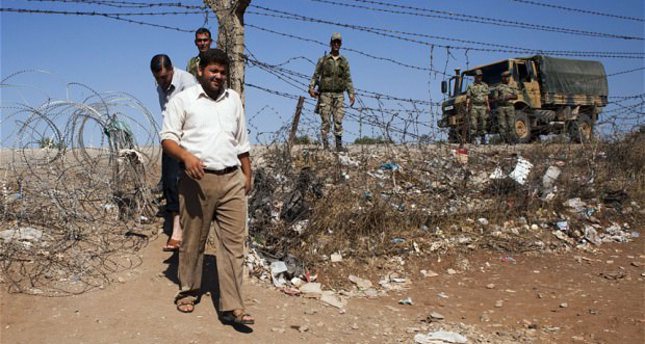 by Daily Sabah Oct 22, 2014 12:00 am
On Monday, EU foreign ministers called on Turkey to open its border to help the Syrian town of Kobani - also known as Ayn al-Arab - which is experiencing fierce clashes between Islamic State of Iraq and al-Sham (ISIS) militants and Kurdish groups. "The situation in Kobani and in other areas under siege and experiencing fierce fighting against [ISIS] is a matter of serious concern," read a statement issued by 28 EU foreign ministers after a regular meeting in Luxembourg. The statement that hails Turkey's efforts to shelter refugees from Kobani called on Turkey to open its border for "any supply" for the Kobani people.