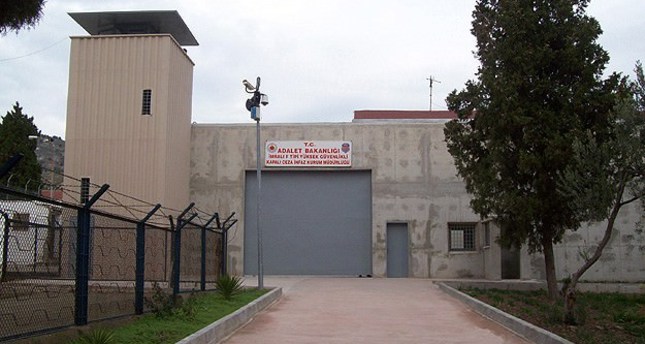 by Daily Sabah Oct 22, 2014 12:00 am
Abdullah Öcalan, the leader of outlawed PKK who is serving a life sentence in İmralı Prison has recently made remarkable comments highlighting the importance of reconciliation process and expressed that the process has been revitalized when the Head of Turkey's National Intelligence Organization (MİT) Hakan Fidan has visited Öcalan last week.

A number of delegations sent by pro-Kurdish People's Democratic Party (HDP) to discuss the issue with Öcalan have released a statement pertaining to their visit. The statement notes that Öcalan was particularly saddened by the incidents which took place on October 6 and 7 when pro and anti-PKK Kurds clashed, resulting in the killing of 36 people. "From now on it is crucial for all structures and institutions which are in favor of democracy, peace and resolution to approach the issue with critical thinking and responsibility" said Öcalan, who called on all sides to learn a lesson from what has happened.

"The reconciliation process has faced a rupture" Öcalan claimed, stating that October 15 marked a new beginning to bring a permanent resolution to the issue when Hakan Fidan visited him and held a meeting. He highlighted the idea that it is crucial for all parties to fulfill their responsibilities while noting that he considers the recent Wisemen Committee Meeting and the Second Ankara Peace Conference and the demands from these meetings to be particularly important. "What we need here is to put more confidence in peace and democracy, while expressing a clear determination and brave political moves" said Öcalan, who claimed that the resolution of the issue has the potential to resolve the crisis in the region.

Öcalan claimed that it is a historical obligation for everyone to contribute to the resolution of the conflict in a constructive manner and not allow perpetrators to sabotage the process. "Being aware of such provocations is not enough by itself" said Öcalan, who stated it is necessary to immediately develop precautionary measures and mechanisms to prevent them.

The PKK, which has operated as a militant organization from 1984 to 2013 and has attacked numerous civilian and military targets resulting in thousands of casualties and has signed a ceasefire with the Turkish government on March 21, 2013 when the government initiated the "reconciliation process" followed by a series of democratic reforms to improve the rights of Turkey's Kurdish population. Recently, the government has established the "Reconciliation Process Committee" in efforts to draw a roadmap for the steps and precautions that will be taken by the government and for the development of effective strategies and policies to put a permanent end to terrorism in the country. Turkey's National Intelligence Organization (MİT) has paid visits to PKK leader Abdullah Öcalan who is serving a life sentence in İmralı Prison.