US dismisses Turkey's concerns, backs its stance toward PYD 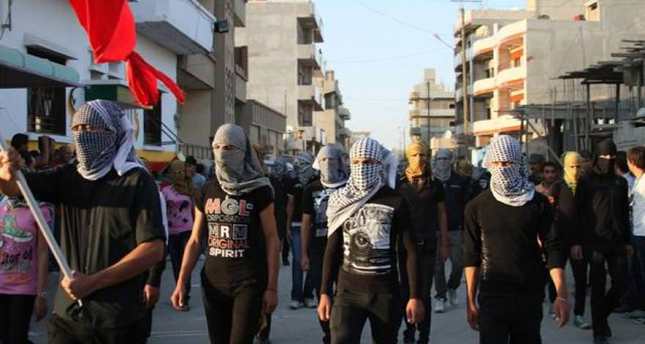 by Daily Sabah with Agencies Oct 22, 2014 12:00 am
The U.S. State Department welcomed Turkey's declaration Monday that it would facilitate the crossing of Iraqi Kurdish peshmerga forces into Kobani to help fight ISIS. However, the U.S. dismissed its NATO ally's concerns about arming terrorist groups after announcing that it differentiates the PYD from the PKK, both of which are administrated by the umbrella organization KCK. Turkish Foreign Minister Mevlüt Çavuşoğlu's announced that his country would help Iraqi Kurdish forces access Kobani through Turkey in order to help Kurdish militias fight ISIS.

The announcement came a day after the U.S. conducted airdrops in the northern Syrian town to resupply the Kurdish militia group PYD, which Turkey considers a terrorist group. "We made clear why we believed it was important to take these airdrops to support these fighters pushing back against ISIL [ISIS] in and around Kobani," State Department spokeswoman Marie Harf said.

Turkey considers the PYD an offshoot of the terrorist group PKK, which the U.S. and EU have also listed as terrorist organizations.

Turkish officials have expressed several times that the PYD is the same as the PKK, and that Turkey would not accept any accommodations made to the group simply because it was fighting ISIS. "The PYD is a different group than the PKK legally under United States law," Harf said while dismissing Turkey's concerns. "There has been talk of arming the PYD to form a front here against ISIS. For us, the PYD is the same as the PKK, it's a terrorist organization," President Recep Tayyip Erdoğan said. "It would be very, very wrong to expect us to openly say 'yes' to our NATO ally America to give this kind of support. To expect something like this from us is impossible," he said. Erdoğan's reaction came after a U.S. State Department official held direct talks for the first time last weekend with the PYD.
Last Update: Oct 22, 2014 2:14 am
RELATED TOPICS