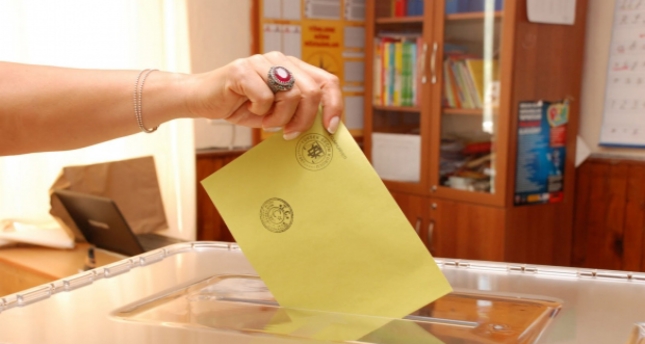 Turkey's currently scheduled general election will see the election of 550 new members of Parliament; however, sources within the Justice and Development Party (AK Party) said that the possibility of moving the upcoming election was already discussed at the party's Central Executive Committee (MYK) and required legislative preparations, which are expected to come to the Parliament after completion of budget talks in December.

According to sources, April 19 or April 26, are being considered within internal discussions of the AK Party as possible dates for the election. However, a final decision has not yet been made by party's executive board. Sources also pointed out that low turnout rates in elections held during the summer months and an aim to avoid the overlapping of the election with university entrance examinations – which 2 million students are expected to take – are the two main reasons for rescheduling the election.

Supreme Election Board (YSK) President Sadi Güven has denied the allegation that the board's current work is aimed at preparing for an early election, and said that there is no early election alarm at the YSK. However, speaking to journalists on Monday, Güven said that the YSK had begun preparations for the June 2015 Parliamentary election.